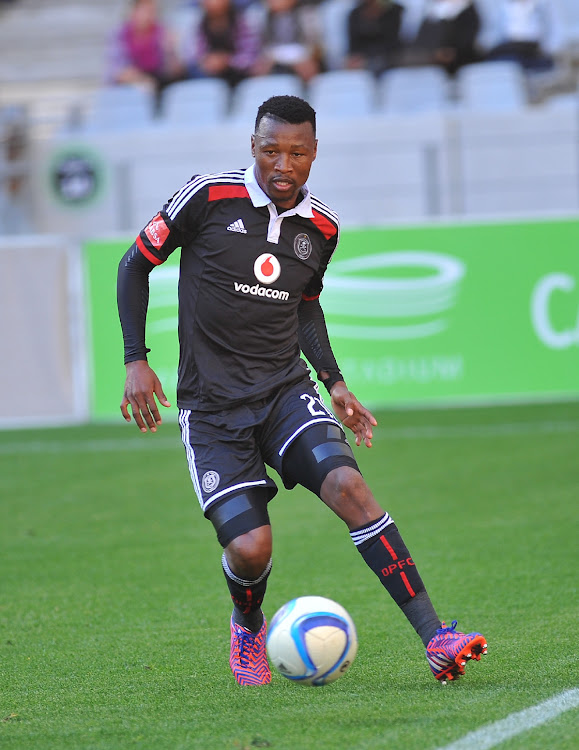 With the sad news that Tshakhuma Tsha Madzivhandila (TTM) goalkeeper Brighton Mhlongo’s career could end prematurely, former teammate at Orlando Pirates Siyabonga Swangweni has offered some support for him.

As soon as TTM were crowned the Nedbank Cup champion after defeating Chippa United in the final on Saturday, coach Dylan Kerr revealed that Mhlongo would no longer play football because of the injury.

The 30-year-old former Pirates goalkeeper was involved in a freak training ground incident after a ball struck him hard in his face, leaving him partially blind.

After visiting an eye specialist, he was advised by the doctors that he retire sooner rather than later.

Sangweni, who was also forced into early retirement in 2016 due to a knee injury, said this is not the end of the world for Mhlongo.  “It is hard what has happened to him, and it is painful, and as someone who has experienced it, I don’t wish for anyone to go through it,” Sangweni told Sowetan yesterday.

“There are so many empty promises that are made. Mhlongo must stay focused and be clear about what he needs to do. His career is gone. He must do something else.”

Sangweni added that Mhlongo would need a lot of support, especially from people close to him, as this was a case with him when he ended his career. “He needs to get support from his family, and it will also depend on how he treated his family when he was still working.

“His situation breaks my heart. To me, it was not that easy. However, my family and wife were very supportive, and that is what matters.

“Importantly, I have a very courageous wife who supported me through thick and thin. I appreciate my wife for being there for me, and also hope that his wife will do the same.”

Some players who retired prematurely

Siyabonga Sangweni (retired in 2016 after a knee injury, aged 34 at the time)

Jimmy Jambo (retired aged 26 in 2014 due to injury struggles)

Now that they have won the Nedbank Cup title, Tshakhuma Tsha Madzivhandila (TTM) coach Dylan Kerr wants his side to continue with the same momentum ...
Sport
1 month ago
Next Article