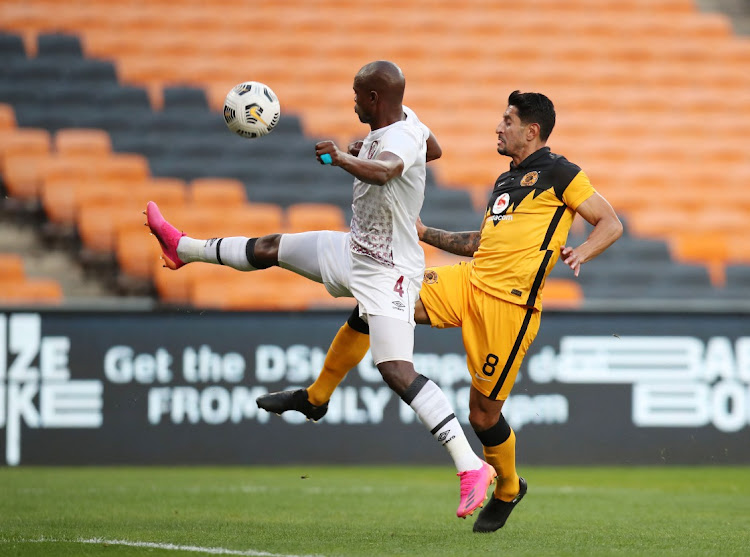 Kaizer Chiefs and Swallows missed opportunities to move up in the DStv Premiership table after playing to a disappointing 1-1 draw in the Soweto derby at FNB Stadium yesterday.

With TS Galaxy losing their last match to Mamelodi Sundowns and Baroka beating AmaZulu on Tuesday, Chiefs needed to win 2-0 yesterday to move to eighth on the table but failed to take the chance.

Swallows on the other side, should have moved to third after Golden Arrows lost 2-3 to Maritzburg United in the early match yesterday, but also failed to make use of the opportunity.

Chiefs remained 10th on the table and will now look in their remaining three matches to try and finish in the top eight.

This is Swallows 17th draw this season, having drawn their last five consecutive games.

Swallows made the breakthrough with the match eight minutes old after Kagiso Malinga attacked a diagonal delivery from Sifiso Hlanti to find the far corner with a first-time volley past Bruce Bvuma.

But their joy didn't last long as Chiefs hit back six minutes later. Leonardo Castro helped a loose ball from the post into an empty net following a back-post header by Happy Mashiane.

Brandon Truter's side came close to regain the lead just before the half-hour mark. A first-time shot outside the area from Lebohang Mokoena smashed against the post and went to the interval with the match tied.

What Swallows did right in the opening half was to neutralise Chiefs' attack with Lebohang Manyama quiet.

That made coach Gavin Hunt to change things around, and he brought Reeve Frosler and Dumisani Zuma for Siyabonga Ngezana and Kearyn Baccus, but the changes offered little in attack.

Chances were far and few in between in the second half, with both goalkeepers having little to do.

Despite this being their 17 draws, Swallows would be happy with a point, while Chiefs will need to get back to the drawing board with a CAF Champions League quarterfinal first leg clash against Simba SC at the same venue on Saturday.

Getting a nod against Swallows at FNB Stadium this afternoon would be a special moment for Soweto-born Kaizer Chiefs goalkeeper Bruce Bvuma.
Sport
6 months ago
Next Article