'Don't kill me if we don't qualify' 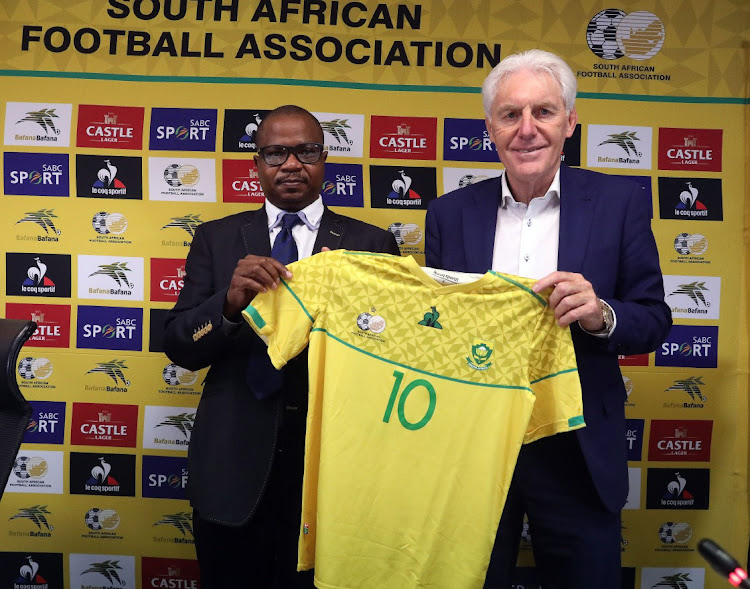 In his first press conference since his appointment as Bafana Bafana coach, Hugo Broos has already made up excuses for Bafana just in case they fail to qualify for the Fifa World Cup finals in Qatar next year.

Broos, who addressed the media at Safa's headquarters in Johannesburg yesterday, is already pleading for patience even before he starts his tenure as the head coach of the senior national team.

Bafana will play two friendly matches in June against unconfirmed opponents and Broos assistant coach Čedomir Janevski and a yet-to-be-named SA assistant coach will oversee the two games. He said that he would return to the country at the end of July.

Čedomir Janevski will arrive in the country some time next week as he is still in Cyprus, coaching in that league.

Bafana are in Group G with Ghana, Ethiopia and Zimbabwe in the 2022 Fifa World Cup qualifiers. Their road to Qatar will start against Zimbabwe and Ghana during the Fifa international week in September.

However, Broos told the South African supporters to forget about the World Cup qualification and to focus on the 2023 Africa Cup of Nations in Ivory Coast and the 2026 World Cup finals in Canada, Mexico, and the USA.

Broos, who was on the verge of taking over the Democratic Republic of Congo job, said he changed his mind at the last minute when his manager told him that he got the Bafana job. When asked how long is the duration of his contract, he declined to comment.

Hugo Broos has said he was asked by the SA Football Association (Safa) if he might take charge of the South African Under-23 team participating at ...
Sport
5 months ago

In SA, it's common knowledge that agents and club coaches campaign for their players to be in the national team.
Sport
5 months ago

New Bafana Bafana coach Hugo Broos has revealed that his Belgian assistant-coach will be Macedonian-born Cedomir Janevski‚ the current head coach of ...
Sport
5 months ago
Next Article