Pirates also have sights on Sunday's clash with Raja 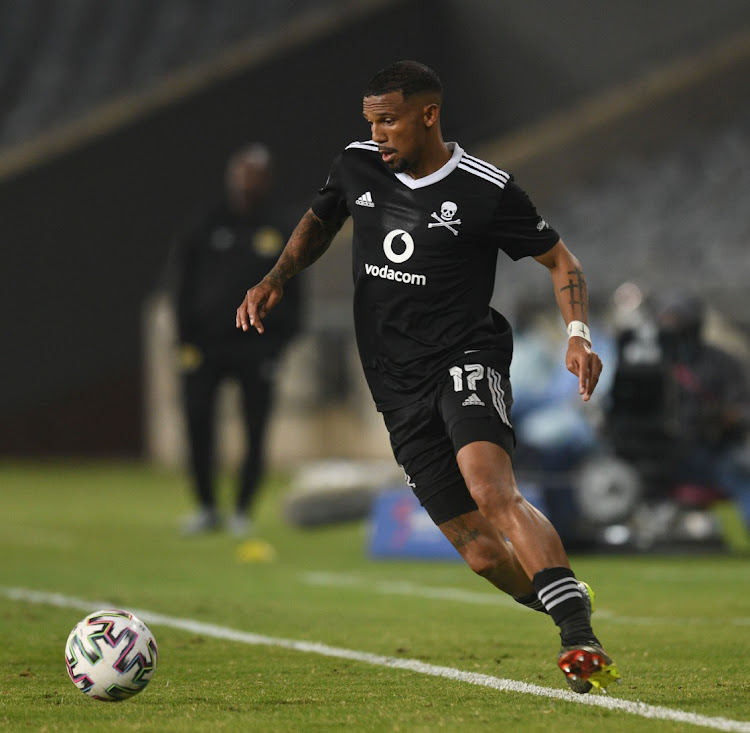 Wayde Jooste of Orlando Pirates during the DStv Premiership 2020/21 match between Orlando Pirates and Black Leopards on the 06 May 2021 at Orlando Stadium.
Image: Sydney Mahlangu/BackpagePix

With a top-three finish in the DStv Premiership log table still a possibility, Orlando Pirates will hope to build on their impressive 3-0 victory over Black Leopards when they visit Stellenbosch at Danie Craven Stadium today (3pm) to keep that chance alive.

Pirates were impressive against Leopards in their last match and will need to show more of the same against Stellies, who are also desperate for maximum points to move away from relegation. Mamelodi Sundowns' victory over TS Galaxy at the weekend meant that Bucs were completely eliminated from the title race, as they can amass only 57 points should they win all their remaining matches.

Bucs coach Josef Zinnbauer was pleased with how his side performed against Leopards last week and urged his players to show more of the same against Stellies. “We are looking forward to this game, we got a good spirit in our previous game and [we were] in a good mood,” Zinnbauer said.

“This is the right signal since we have two games this week, and we need the players to be available and ready.”

The Buccaneers also want to go to their CAF Confederation Cup quarterfinal match against Raja Casablanca at Orlando Stadium on Sunday (3pm) at the back of a good result against Stellenbosch.

Pirates will welcome Ntsikelelo Nyauza and Fortune Makaringe back from suspension, but it's unclear if Zinnbauer will continue with the line-up that destroyed Leopards last week, where Wayde Jooste, Kabelo Dlamini and Nkanyiso Zungu enjoyed rare starts.

Stellenbosch, meanwhile, are winless since March 10 when they beat Baroka 3-1.

Coach Steve Barker said they need to bounce back from their recent poor results when they host Pirates today. “Obviously, it is a big game against Pirates. We have shown that we are a competitive team against anyone in this league,” Barker said. “We need to show the resilience and bounce back from the disappointment of late and show the confidence and belief. We all aware what quality Pirates have but it is also important that we don’t forget the qualities we have."

Now that they have won the Nedbank Cup title, Tshakhuma Tsha Madzivhandila (TTM) coach Dylan Kerr wants his side to continue with the same momentum ...
Sport
8 months ago

With only a few games left to wrap up the current campaign, some coaches are already planning on how to bolster their sides next season.
Sport
8 months ago
Next Article