Orlando Pirates disturbingly lacklustre and lucky to draw against Stellenbosch 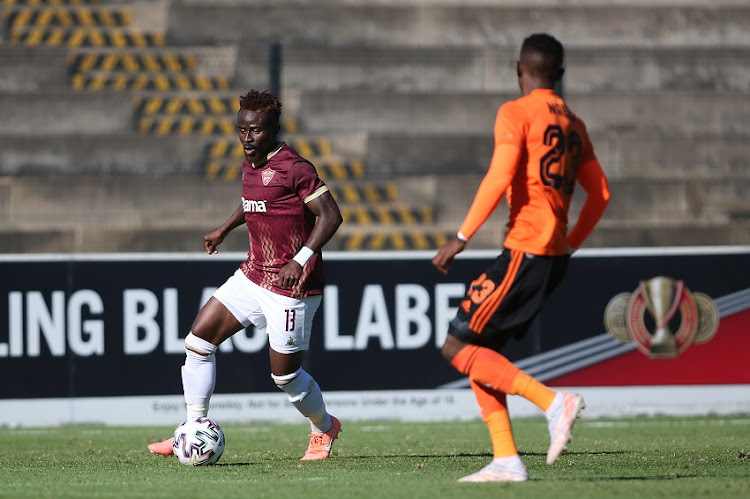 Stellenbosch FC paid for missing a procession of missed clear chances in the opening hour having to settle for a 0-0 DStv Premiership draw against a disturbingly lacklustre Orlando Pirates at Danie Craven Stadium on Tuesday.

Such performances could well contribute to Bucs’ management asking questions on coach Joseph Zinnbauer’s future at the club into next season.

Bucs, with big off-season signings to an already strong combination, were supposed to challenge Mamelodi Sundowns for the league. Instead, with AmaZulu losing 1-0 against Baroka FC in Durban, Downs seem set to wrap up the title with games to spare, and Pirates’ sluggish form hardly seems to guarantee them even third place, as they sat in fourth by the end of Tuesday’s play.

Bucs have the MTN8 trophy in 2020-21, ending a six-year-drought, and are into the Caf Confederation Cup quarterfinals. But their league campaign has continued to be a mixed bag into the final straight.

Steve Barker’s ambitious Stellenbosch are no slouches anywhere, and especially tough to meet in the Winelands. But the manner in which they were able to open Pirates almost at will in the opening half, pepper shots at goal, and miss open nets twice, was well below standard from a team of Bucs’ stature.

Stellies goalkeeper Lee Langeveldt was largely inactive, and Pirates were fortunate not to go to the break at least two goals down.

The Cape side missed their first open goal when Jayden Adams's low free-kick bounced to force an awkward save from Wayne Sandilands, Nathan Sinkala's strike on the follow-up deflected off Thulani Hlatshwayo onto the left upright and Ashley du Preez hitting over the bar with the net exposed.

From the half-hour it became a procession of chances to Stellenbosch. Granwald Scott's punt up-field saw Du Preez too easily run free of Bucs' centrebacks, midfield Abel Mabaso recovering for the challenge, with a hint of a penalty being in the offing.

Junior Mendieta's corner fell to Adams on the edge of the box whose drive forced an excellent stop from Sandilands. Pirates were caught square again when Stanley Dimgba was played free on the right, squaring for Du Preez to steer wide when all he had to do was tap over the unprotected goal-line.

It took a minute into the second half for Stellenbosch to have another good chance. Siphesihle Ndlovu could not control Innocent Maela's pass out of defence, allowing Mendieta an angled pass through the box to Dimgba free on the right, who struck high.

Pirates finally managed a clear chance, and it was a good one, Kabelo Dlamini's free-kick from the right rattling the crossbar.

Free-kicks from Gabadinho Mhango with a swerving effort from the left of the box punched wide, and Pule with dipping strike, were stopped by Langeveldt.

But Bucs did not manage much more, and Stellenbosch, having done everything to score, ran out of ideas and could not finally muster a goal.