'Coach's suspension had nothing to do with Fielies’ 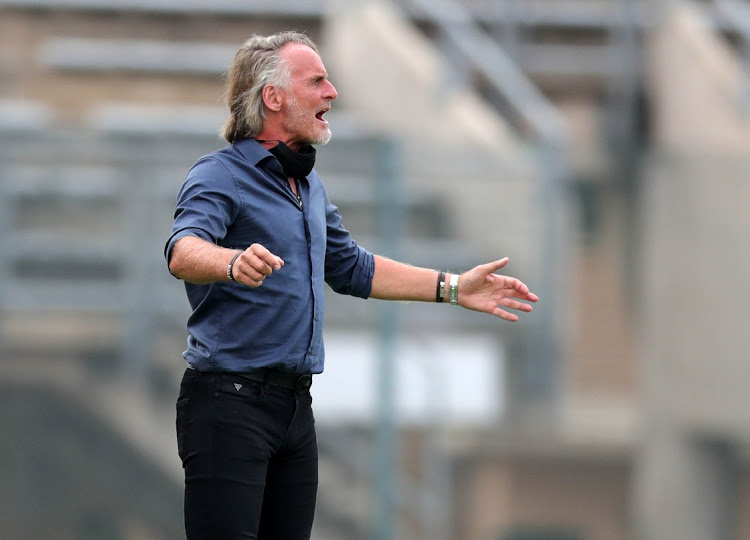 The unceremonious suspension of Cape Town City coach Olde Riekerink has more to do with the team’s back-to-back defeats to AmaZulu and TS Galaxy than the discord the Dutchman had with defender Taariq Fielies, Sowetan has established.

Last Monday, two days after going 1-0 down to Galaxy away, City announced that they’d put Riekerink on an “administration leave with immediate effect”. The loss at Galaxy came three days after the Citizens were humiliated 5-1 by AmaZulu, who are mentored by the side’s former coach Benni McCarthy, in their backyard in Mother City.

Rumours have been rife that Riekerink was suspended for his disagreement with Fielies. The pair were reportedly involved in a argument, with the coach accusing the 28-year-old defender of showing allegiance to former trainer McCarthy in the game against Usuthu. Fielies was subbed in the 75th minutes against AmaZulu before being excluded from the team that took on Galaxy.

Nevertheless, a well-placed source at City has revealed that club boss John Comitis suspended Riekerink over the two defeats in a row. The informant also emphasised that the 58-year-old trainer was as good as sacked.

“No, the suspension of coach Jan has little to do with the argument he had with Taariq. The Taariq issue was resolved on the spot. Mr Comitis suspended Riekerink because of poor results, especially the 5-1 loss to AmaZulu. The defeat to Galaxy just rubbed salt in the wound after that humiliating loss to AmaZulu,” said the source.

“The coach will be let go officially on Monday [today]. They’re finalising the settlement as we speak. There’s nothing sinister at all but those two defeats got him suspended. It’s shocking, yes, but Mr Comitis didn’t expect to lose 5-1. The mandate of the coach was to finish in the top four this season and those two defeats, according to Mr Comitis, painted a picture that the objective won't be achieved.”

Riekerink joined City in November 2019. The Dutchman oversaw 50 matches across all tournaments with 19 wins, 18 defeats and 13 draws. Comitis and Riekerink could not be reached for comment. City spokesman Julian Bailey said the club would issue a statement this week. Diogo Peral, who had been serving as Riekerink’s deputy, will lead the side until further notice.

With wheels falling off for Richards Bay, who looked certain to clinch automatic promotion until losing their last two games, Royal AM are now hot ...
Sport
1 year ago

After qualifying for the semifinal stages with a game to spare, Kaizer Chiefs have set their sights on winning the DStv Diski Challenge Rewired title.
Sport
1 year ago
Next Article