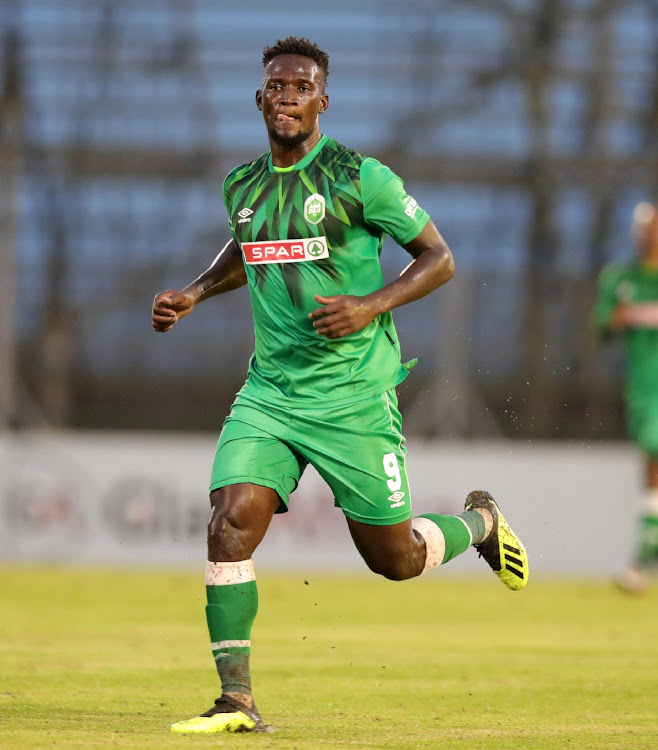 AmaZulu have exceeded expectations in their DStv Premiership campaign this season, but they are not showing any signs of slowing down.

Usuthu aim to consolidate their second place on the log table when they host Baroka at the King Goodwill Zwelithini Stadium today (3pm).

Striker Siphelele Mthembu said they would not rest on their laurels ahead of the visit of the Limpopo-based club.

Mthembu said they will keep on working hard to end their season with a bang, and the next league game is no exception.

“We are looking forward to the Baroka game, and looking at the form that we are in at the moment [we're able to achieve that]. We want to add more effort and win it. We want to achieve something great this season. We are targeting the three points," said Mthembu.

The 33-year-old former Cape Town City striker said credit should go to coach Benni McCarthy and his technical team for their run of good results in the Premiership.

“We gel as a team and the team spirit is phenomenal. We are a happy team and we attack and defend as a team," added the soft-spoken Mthembu.

Usuthu are unbeaten in their last 16 league games and their objective is to keep it that way in their remaining four matches.

Defender Thembela Sikhakhane said Usuthu wanted to end their league campaign in second place. He said the mood was high in the camp and that they would like to continue with their winning mentality.

“We do not want to draw and want to win all our remaining league matches. Losing the next game is not an option, we are motivated to win the remaining games. We would like to collect as many points as possible," Sikhakhane said.

AmaZulu coach Benni McCarthy: ‘We will be playing Caf Champions League next season’

Benni McCarthy is already looking ahead to having his team participating in the Caf Champions League for the first time in their history‚ saying that ...
Sport
1 year ago