Organisers of #KaizerChiefsProtest: ‘Chiefs fans are the laughing stock of SA’ 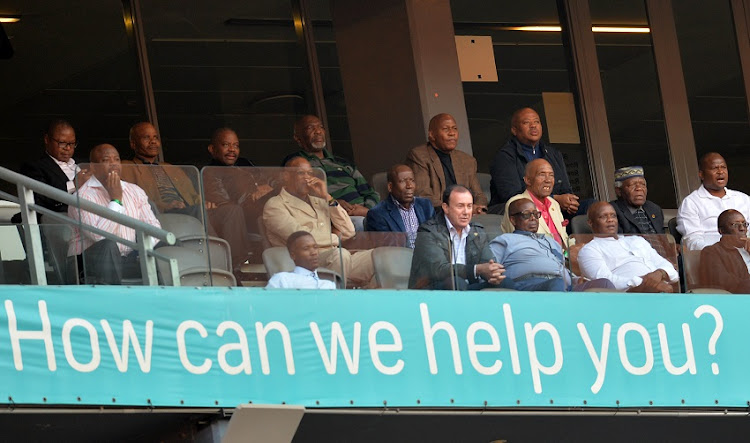 Organisers of a fan protest planned to march to Kaizer Chiefs’ Village headquarters in Naturena on Friday say supporters of the club are fed up with being a laughing stock.

The hashtag #KaizerChiefsProtest was trending on Twitter on Friday‚ reaching more than 4‚000 tweets by the end of the day. The organisers said their intention is for the march to materialise‚ and not simply be a social media occurrence.

The planned protest has seen images of a well-designed poster‚ with the words “March to Naturena” and “Kaizer Chiefs fan protest”‚ circulated in Twitter. These appear to have originated from the Twitter handle @amakhosi4live‚ which describes itself as a “dedicated #KaizerChiefs fan channel”.

Two of the Chiefs supporters behind the planned protest‚ Mpho Mokoka and Thulani Nombali‚ were interviewed on Power 98.7 on Friday night.

They said they were card-carrying Chiefs fans‚ but Mokoka added that “our cards have been put on hold since 2013”. Asked by who and why‚ he said: “At the Village. I think they will answer that because it’s also part of our protest.”

They said Chiefs fans are tired of the club being excellent in the field of marketing‚ convincing supporters to spend hundreds or thousands of Rands on jerseys and merchandise each year‚ but not returning such loyalty with success on the field.

Our voices matter and we shall use them. Joburg based Khosis have taken an important step. We are in it together #KaizerChiefsProtest pic.twitter.com/FsxnfwmFdw

Mokoka said the organisers have been seeking permission for a march from the Johannesburg Metropolitan Police Department (JMPD).

“The reason we went to the JMPD wad to engage with their officials about the protest so that it can be a peaceful one‚ so that we can hand over the memorandum at the Village to on of the seniors‚” he told Power Sport Extra.

“What is need is for the team to give us something better. Because it’s been long. The last time we won a cup was in 2015‚ and the drought is too much.

“We actually are the laughing stock of South Africa. You go there and you buy a Kaizer Chiefs jersey‚ and people just laugh. And in return we get nothing.

“So we believe that it’s high time that we get something from the team.

They Should have Marched in March now it May end in tears 😂😂😂 #KaizerChiefsProtest pic.twitter.com/g1FOTv9ybz

“Chiefs need to give supporters something to smile about. Other teams are wining cups. We are not bringing anything at all.”

Nombali said‚ with Chiefs in the midst of their sixth season without a trophy‚ and in ninth place in this campaign under Gavin Hunt‚ where Amakhosi are in danger of matching or ending worse than their worst placing of ninth‚ the club’s supporters need to express their dissatisfaction.

“The memorandum is going to be handed to Naturena in the protest on May 14. It’s not a strike. It’s a peaceful protest‚” Nombali said.

“An overview [of the memorandum] is that we [the supporters] are unhappy‚ we want trophies‚ and we want to help the club to get to where it belongs‚ at the top.

“It’s called a big club because it’s got big numbers in support. Whether you are on a supporters' branch or not‚ you’re still a fan. We’re not talking about No.1 [fans] or whatever – we are all concerned fans.

“We are concerned about the status of our club. That’s what brought about the memorandum.

We will hear on Wednesday about the planned protest, procedural application thereof and take it from there Makhosi.
✌🏿

“We want [the club] to do things differently. We want to bring in quality in the club in terms of playing personnel.

“I think it’s very important to note that in the last six years we’ve been bringing in below-par players‚ if I may say‚ that have not brought us anything. And a mismatch between players and coaching.”

The organisers stressed that‚ while they personally are not happy with Hunt’s input since his appointment at the start of the season‚ the protest is aimed at Chiefs’ management.

Chiefs’ corporate communications manager Vina Maphosa told TimesLIVE on Friday that the club “are aware” of the Twitter posts about a protest and “will discuss” them in a meeting this coming week.

On Saturday morning Maphosa tweeted: “We will hear on Wednesday about the planned protest‚ procedural application thereof and take it from there Makhosi.”