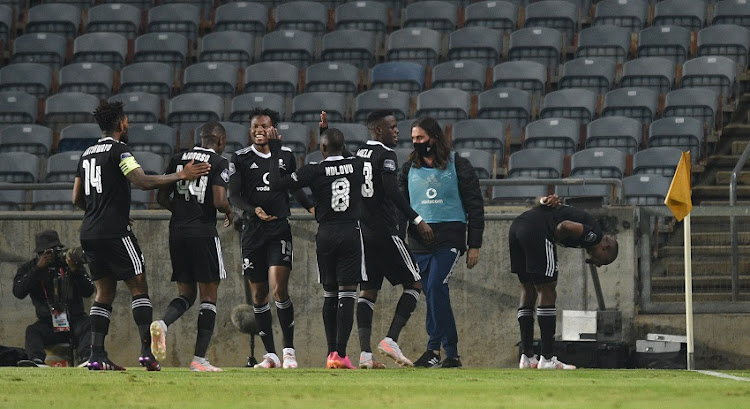 Following a 1-1 away draw against Swallows FC and Sunday’s 3-0 defeat at home to leaders Mamelodi Sundowns, Pirates bounced back to form at Orlando Stadium against desperate, last-placed relegation battlers Leopards.

A brace by Tshegofatso Mabasa scored in the 47th and 67th minutes put Bucs in the driving seat. Substitute Gabadinho Mhango banged in the third, to make for a convincing scoreline, in the 86th.

Pirates earned their first win in five matches in all competitions, the result leaving them in fourth place in the league with five matches left to play, as Bucs attempt to rally late to compete for second spot and a place in next season’s Caf Champions League.

A frustrating opening half saw Josef Zinnbauer’s men create chances, but Pirates were unable to put these away and had to go the break goalless.

Siphesihle Ndlovu latched onto the rebound from a free-kick taken by Nkanyiso Zungu, seeing a shot blocked.

Wayde Jooste made some forceful runs form right-back and on one crossed to find Mabasa, Bucs’ big striker shooting over the bar.

Zungu’s low shot from outside the box was parried by Leopards goalkeeper Jonas Mendes. Kabelo’s Dlamini’s strike from range just before the break was inches wide.

Mabasa got the breakthrough Bucs needed two minutes back from the restart, finishing from close range from another good cross by Jooste.

The ex-Bloemfontein Celtic striker completed his brace with the second bite at the cherry after his header crashed onto the upright.

Mhango, on for Mabasa in the 69th, made space with a mazy run and slotted Bucs’ third.