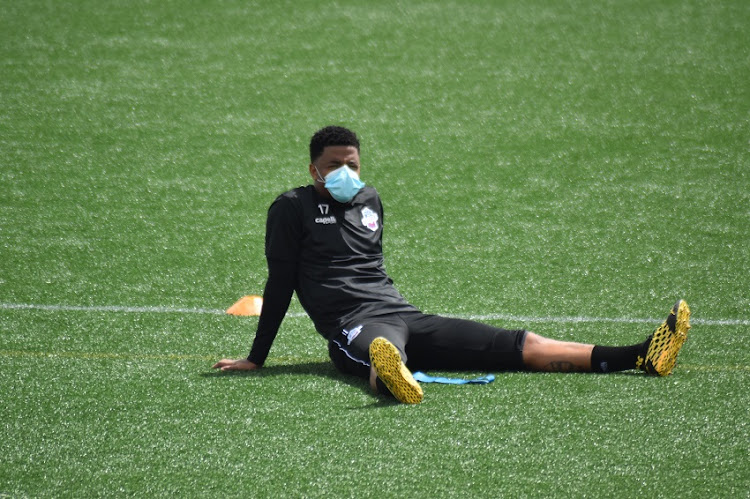 The midfielder has stopped training with TTM after the club failed to secure his international clearance.

Lebese has not played since turning out for Colorado Springs Switchbacks in the second-tier USL Championship in the US before the outbreak of Covid-19.

In March he announced that a US travel ban forced him to terminate his contract with Switchbacks‚ but TTM coach Dylan Kerr said there are complex legalities and it means he is not a free agent.

“As far as I know‚ George is no longer with us because we can’t get a clearance for his work visa. I haven’t seen him lately but I think he has gone home.

"I don’t know if he still part of TTM‚” said Kerr.

Kerr said Lebese was out of shape when he arrived in Polokwane to start training with the team and he risked getting injuries if he was involved in high intensity training sessions.

“When he came to us he was way off the pace.

"He was an injury risk if we played him in competitive matches at training because he has not been training nor played since November.

“We tried very‚ very hard to get his international clearance but unfortunately there were legalities as he is still contracted to that club‚ and he is not a free agent.

"Because of that we couldn’t really sign him. The last time I spoke to him was last Friday and he hinted to me that he was going to go home.”

This is an important week for TTM as the club will be appearing in a major final for the first time when they take on Chippa United in the Nedbank Cup decider in Bloemfontein on Saturday.

Kerr said the magnitude of what is stake has been on the minds of everyone associated with the club as they prepare for Saturday's showdown.

“It is a cup final and league form goes out of the window.

"Players are excited and want to impress on that stage.

"This is an important game for the club and the players because it may be the one and only chance for them to play in a cup final.

"For me it is a privilege and honour because I have been in this country for 30 odd years and I have managed to appear in a cup final as a player and as a coach.

“We are expecting a tough game against Chippa and we have a decent bunch of guys who can do the job.

"We go into this match on the back of a good performance against Kaizer Chiefs in the league and we have to look forward to this cup final and create history.

“Everybody involved with the club‚ the staff‚ the players and right up to the chairman‚ we have something to achieve.

"I told the players nobody remembers the team that finished second and we don’t want to be runners-up at 8pm on Saturday night.

"We will prepare for a Chippa team that had good cup results behind them‚ and they have appointed a new head coach in Vladislav Herić.”