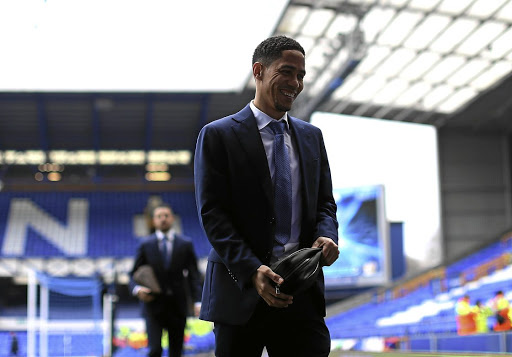 Steven Pienaar says if anyone can stop favourites Manchester City from lifting their first trophy in the competition in the 2020-21 Uefa Champions League it will be Chelsea.

City‚ with a 2-1 advantage from the away leg at Parc des Prince‚ are expected to clinch their first Champions League final in Tuesday night’s second leg against Paris St-Germain at Etihad Stadium. Chelsea drew 1-1 against Real Madrid in Spain‚ and play the return leg at Stamford Bridge on Saturday‚ making an all-English final a distinct possibility.

Ex-Bafana Bafana captain and Everton midfield stalwart Pienaar said the manner in which Man City breezed through the group stage‚ scoring 13 goals and conceding one‚ then swept aside Borussia Dortmund 4-2 on aggregate in the quarterfinals‚ makes them the clear favourites.

“For me personally‚ I think Man City are one of the best teams in the world. The way they play‚ there are goals all round in the team‚” he said of a City team who have produced goals from all positions‚ and do not have a player in the top 14 scorers in this season’s Champions League.

“If you look at the stats throughout this season I think there are about six or seven players in that team who have double figures of goals. That alone says enough about the quality they have.

“So for me‚ I think Man City are definitely the favourites. I don’t see any team that plays better than them or is as strong as them as a unit.

“But also‚ if I look at the other teams‚ and at Chelsea under [Thomas] Tuchel‚ they’ve been a different side recently‚ playing attractive football. And if you were to compare Tuchel’s record personally against Guardiola it’s going to be a tough one [if Chelsea and Man City meat in the final]. But for me personally I’ll say Man City are the favourites to win it.”

Fourth-placed Chelsea may be 19 points behind City‚ the runaway leaders with a 13-point lead over Manchester United‚ in the English Premier League‚ but Pienaar feels Tuchel’s team would be the side to stop the Sky Blues lifting their first Champions League trophy.

“If you look at the FA cup semifinal‚ Chelsea was the team that stopped Man City. I think if Chelsea go through and face Man City it’s going to be a 50/50 game‚ and tough‚” Pienaar said.

“But if I have to look at a whole picture of the team‚ I think City just have a better side than the four teams still in the competition.”

This season Chelsea lost 3-1 at home to City in the league in January‚ and beat the Blues 1-0 in last month’s FA Cup semifinal at Wembley‚ one of three defeats suffered by Guardiola’s team in 2021.

Pienaar said the fact that perhaps only a single player‚ tireless midfielder Kevin de Bruyne‚ stands out to some extent at a City packed with quality shows how good an all-round side‚ with threats from every angle‚ the Blues are under Guardiola.

“It’s a whole package. [Ilkay] Gundovan has had an unbelievable season‚ scoring goals when de Bruyne was out‚” the ex-Bafana star said.

“The two centrebacks‚ [Ruben] Dias and [John] Stones have been having a great season. I think they’ve got the most clean sheets in the Premier League. [Phil] Foden also had a wonderful run in this Champions League.

“So for me‚ De Bruyne is the main man‚ but if you have to look at the whole package I would say the two centrebacks have been the most important players in that team.”

Pienaar was speaking in an interview arranged to promote a #HeinekenUCLLive Twitter experience that will allow fans to communicate with each other during this week’s semifinal second legs‚ and the final on May 29.