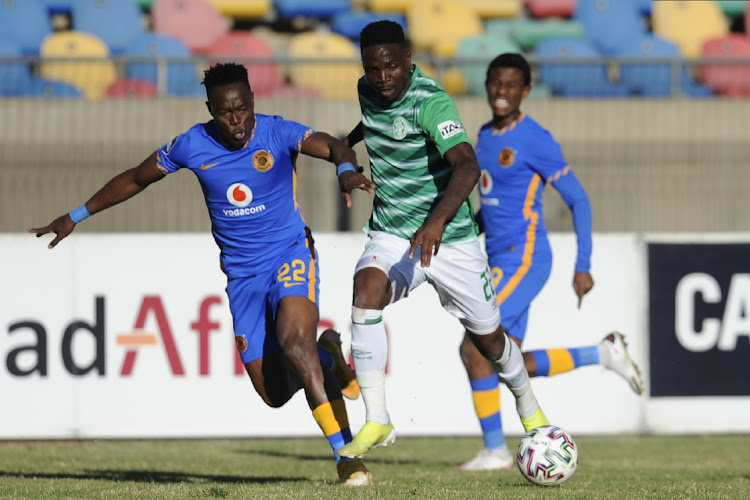 Kaizer Chiefs coach Gavin Hunt was critical of his defenders after their dismal showing in the 2-2 draw with Bloemfontein Celtic at Dr Petrus Molemela Stadium on Saturday.

Chiefs surrendered a two-goal lead, with early goals from Happy Mashiane and Eric Mathoho cancelled out by Neo Maema and Victor Letsoalo to earn Celtic a share of the spoils.

Hunt bemoaned the way they defended and admitted that it has been their downfall this season as they continue to concede soft goals.

“But the old Achilles' heel of our team is defending. I always say you cannot win anything without good defending.

"But the defending starts from the front and... the whole season we have been making changes, forced changes.

“In football, sometimes it throws you off a little bit, but in saying that, I thought we had the better of the chances. We had more than enough to win the game, but you can’t come here and score two goals and draw the game.

“You... should be defending better, but it is what it is.”

Nevertheless, Hunt remained proud of his players for the football they displayed despite poor defending.

“I’m proud of the players. They gave me their all. That’s the most important thing,” Hunt said.

With five matches remaining, Hunt is still hopeful that they will still finish inside the top eight.

They will face Tshakhuma Tsha Madzivhandila in their next match at Peter Mokaba Stadium tomorrow at 5pm.

“We would have loved to get three points because it would have got us certainly closer to the top eight, but we have to keep on soldiering on. We have five games left, and we will keep on working.”

Kaizer Chiefs continue to flail in their attempt to break into the DStv Premiership’s top eight, spurning a two-goal lead to draw 2-2 in an intense ...
Sport
7 months ago

Kaizer Chiefs and Bloemfontein Celtic will be looking to bounce back to winning ways when they meet in the DStv Premiership match at Dr Petrus ...
Sport
7 months ago

AmaZulu coach Benni McCarthy believes the current crop of players should be in the club's history books for their best season in the Premier Soccer ...
Sport
7 months ago
Next Article