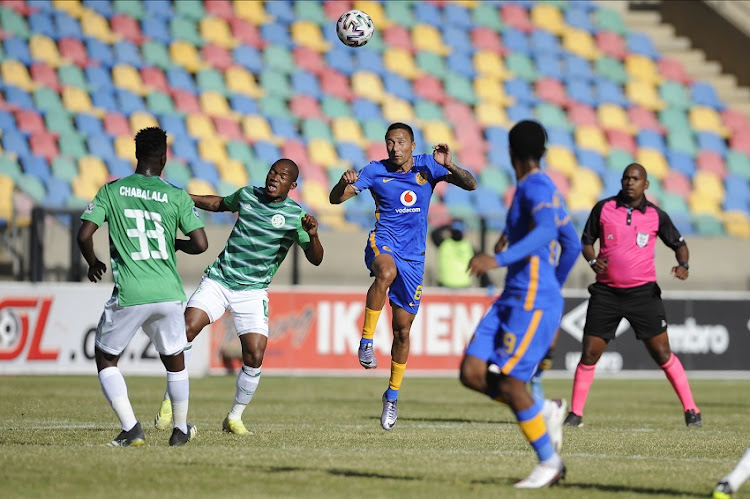 Kaizer Chiefs continue to flail in their attempt to break into the DStv Premiership’s top eight, spurning a two-goal lead to draw 2-2 in an intense and fast-paced match-up against Bloemfontein Celtic on Saturday.

Chiefs raced to a 2-0 lead at Dr Molemela Stadium from strikes by Happy Mashiane with a classy free-kick in the third minute and Erick Mathoho in the 12th.

Celtic struck back through the strike with his cultured left-foot of midfielder Neo Maema in the 22nd. Victor Letsoalo equalised with a penalty in the 54th.

In an entertaining opening half Chiefs’ three in attack in Gavin Hunt’s 4-3-3 troubled the spaces behind the three centrebacks employed in Celtic coach John Maduka’s 3-5-2.

SA Under-23 international Mashiane – a handful early on employed on the left of centre-forward Samir Nurkovic, with Lebogang Manyama on the right – put Chiefs ahead with a fine free-kick curled in from the right edge of the box.

Chiefs came out of the blocks at a gallop, and made it 2-0 when Bernard Parker’s corner was played short to Manyama, whose cross found the head of Mathoho to turn a finish past Celtic keeper Jackson Mabokgwane, who had come for the delivery and missed.

Celtic pulled their first back when Maema took a pass with his back to goal, knocing first-time to Letsoalo, who also knocked first time back into the past of the run of Maema. The midfilder squeezed a finish past Daniel Akpeyi under the attention of three defenders.

Chiefs replaced Akpeyi, injured in a clash with Ndumiso Mabena near the end of the first half, with Bruce Bvuma coming back from the break.

Mabena’s backheel for a one-two with substitute Tebogo Potsane saw the latter clattered down by Siyabonga Ngezana, referee Luyolo Mjezu pointing to the spot. Letsoalo struck low to the left of Bvuma.

Chiefs had possession and territory to push for a winner, Celtic’s runners dangerous on the counterattack. Amakhosi lacked a final pass or finish to make that count.

And it was Celtic’s wingbacks who combined for the best chance for a deciding goal, Lucky Baloyi crossing and Sifiso Ngobeni’s volley forcing a diving save from Bvuma.