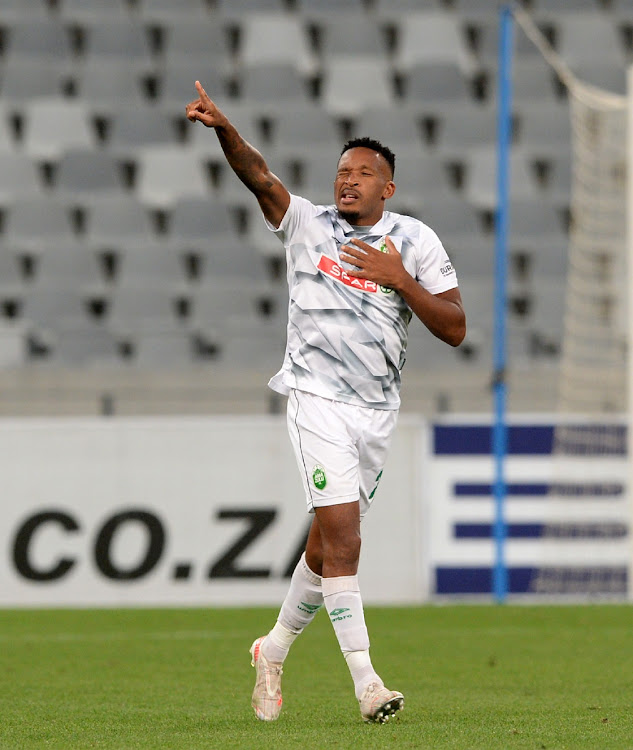 Lehlohonolo Majoro of AmaZulu celebrates his goal during the DStv Premiership 2020/21 game between Cape Town City and AmaZulu at Cape Town Stadium on 28 April 2021.
Image: Backpagepix

AmaZulu are on the brink of making history and coach Benni McCarthy is pulling the strings in their fairytale season in the DStv Premiership.

Who would have thought that a team that was battling relegation last season would find itself in second place with a few games to go before the end of the season?

Usuthu chair Sandile Zungu has set a target for the team to finish in the top four. However, McCarthy has exceeded expectations as they now occupy second place, a point behind leaders Mamelodi Sundowns.

“I have huge respect and a lot of love for my team. For them to do that against one of the best teams in the country is amazing. City are a fabulous team and make life difficult for other teams, but we made them look average in this game. Boys of mine do not know what they are achieving and do not know what they are slowly accomplishing. They are on the verge of making history. They have gone many games unbeaten and are getting stronger with each game,” said the excited McCarthy.

McCarthy said he was proud of his team and wanted them to play their remaining five games in that manner. They are going into the KwaZulu-Natal derby against Golden Arrows at the Sugar Ray Xulu Stadium tomorrow at 3pm high on confidence.

“I can't wait to see what we can achieve together. We have five games to go and I hope that we keep our focus. We have not won anything yet,” added McCarthy.

Mamelodi Sundowns’ grip on top spot of the DStv Premiership has been loosened following their 0-0 draw with determined and enterprising Golden Arrows ...
Sport
1 week ago

Arrows hold Sundowns to allow Usuthu to close in