'Results have nothing to do with it' 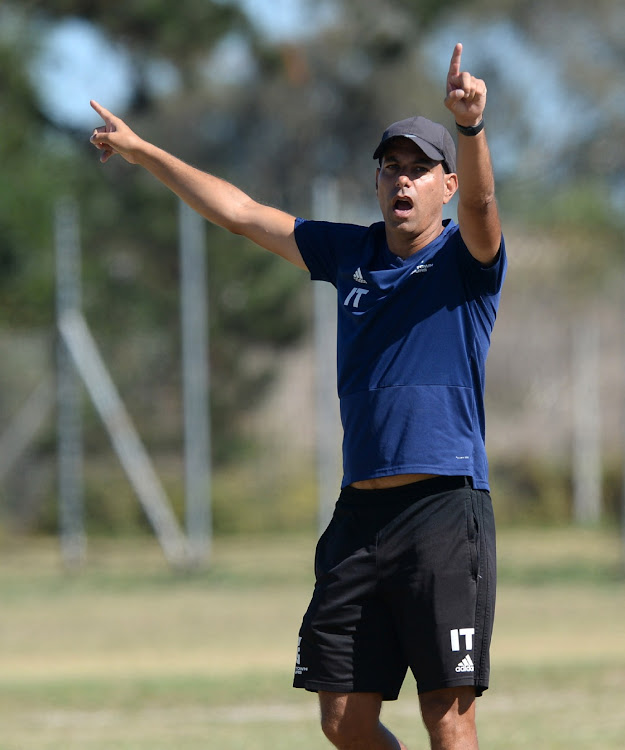 Sacked Cape Town Spurs coach Ian Taylor has slammed the club's hierarchy for not giving him full support during his two-month spell at the Urban Warriors.

On Monday, Spurs confirmed via a statement that they had parted ways with Taylor, who had replaced Vladislav Heric in February. After 24 outings, the Mother City side stare relegation in the face, occupying the 15th slot on the GladAfrica Championship table with 26 points, one ahead of bottom-placed Pondo Chiefs.

In their statement, Spurs reasoned they sacked Taylor because ''unfortunately the desired results have not been forthcoming on the field of play in recent weeks''.

However, the 44-year-old ex-Cape Town City assistant trainer feels his sacking has little to do with the results, implying his ideas and those of the owners clashed. Taylor also lamented that he was not supported.

"I was in charge of 17 games and collected 26 points [from possible 51]. There were other things why they got rid of me. It wasn't about the results. They couldn't control me and some of the decisions I made. But all in all, I don't want to go into details about those other issues but I made some big decision and they never supported me,'' Taylor told Sowetan yesterday.

"I don't think the owners realise the magnitude of the job. There was no support for the principles and the values we tried to instill in the club, there was never a backing. When I did my own things they didn't like that. It always comes down to results but the fact of the matter is, I took them out of the relegation zone, so they can speak what they like.''

Ari Efstathiou, Spurs chairman, could not be  reached for comment. The Cape club  have since announced former Cape Town All Stars coach Dylan Deane as Taylor's successor, with erstwhile Bafana Bafana defender Nasief Morris his second-in-command. Morris was roped in following the resignation of Nathan Paulse, who was assisting Taylor.

Desperate Chippa United have roped in Vladislav Heric in an attempt to save them from relegation.
Sport
6 months ago

Earning their maiden away point via drawing 1-all with fellow strugglers Steenberg on Wednesday has left Bizana Pondo Chiefs coach Clinton Larsen ...
Sport
6 months ago

South Africa Under-23 coach David Notoane named a provisional squad of 40 players for the Tokyo Olympics on Thursday that included overage Bafana ...
Sport
6 months ago
Next Article