Amakhosi buoyed by victory over Sundowns 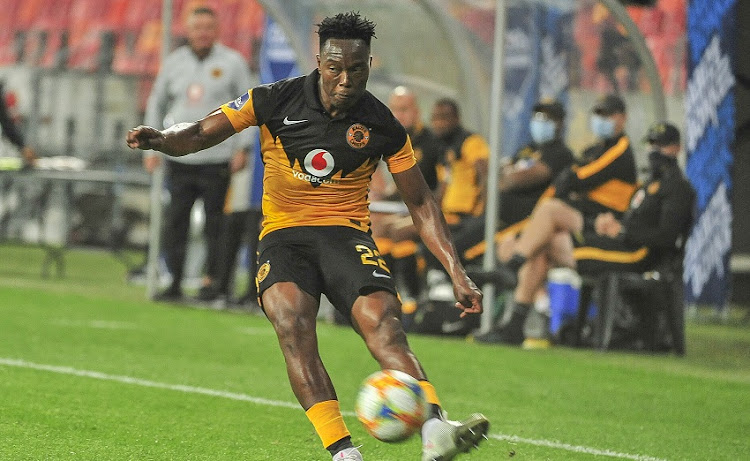 Kaizer Chiefs' win over Mamelodi Sundowns has given them the belief that they can go on to finish their DStv Premiership season in the top half of the table.

Few gave them a chance when they ended Sundowns' 21-game unbeaten run in the Premiership with a come-from-behind 2-1 victory at Loftus Versfeld last week.

The win has renewed belief and boosted their confidence heading into their remaining seven games of the Premiership season.

Amakhosi host Chippa United at the FNB Stadium today at 3pm. Chiefs occupy eight place in the table with 28 points from 23 matches, ahead of Baroka on goal difference.

The Chilly Boys are battling relegation as they are second from the bottom of the table with 18 points from 24 matches.

Amakhosi midfielder Philani Zulu admitted that the win against their arch-rivals has boosted morale in the camp. “The win against Sundowns boosted our confidence heading into the remaining league matches. Few believed that we could pull it off against the unbeaten Sundowns.

"The mood has changed for the better and the players do not want to look back. We have tasted the feeling of winning such an important game. There are no easy games and we will try to treat the remaining games with the same respect as we did against Sundowns," said Zulu.

The Soweto giants are hoping to complete the league double over the struggling Chilly Boys, having beaten them 1-0 in Gqeberha in their first-round meeting.

Zulu said they would not take the Eastern Cape outfit for granted. “We are hoping to carry on from where we left off against Sundowns when we welcome Chippa at home. We have to play the same way that we did against Sundowns."

The 28-year-old hopes that they will achieve their goal at the end of the season.

Zulu has made 17 league appearances for coach Gavin Hunt's team and said that he would grab every opportunity given to him to play. “We are a family and it is not about individuals. The team comes first. I hope to contribute and help the team."

Mamelodi Sundowns co-coach Rulani Mokwena is well aware of the possession-based style of football that Arrows employ, as well as their speedy ...
Sport
1 year ago

Pressure is mounting on SuperSport United coach Kaitano Tembo following a run of poor results in the DStv Premiership.
Sport
1 year ago

Lots of sleep‚ ice baths‚ injury prevention exercises and healthy diet are part of the stringent health and fitness regime followed by Mamelodi ...
Sport
1 year ago
Next Article