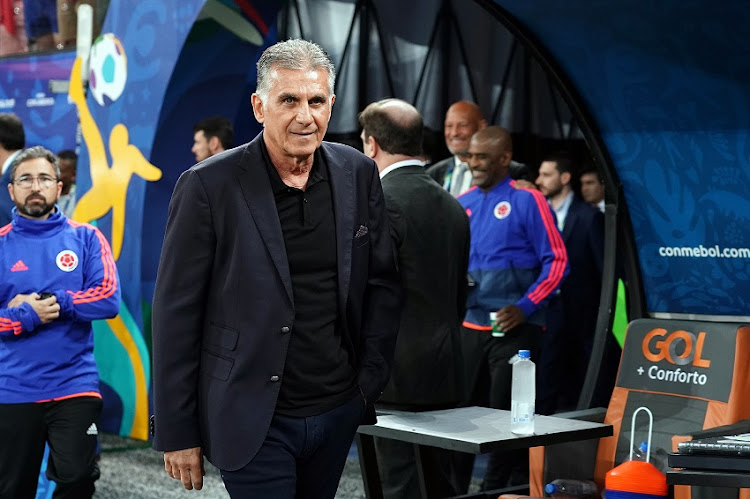 Safa communications head Dominic Chimhavi confirmed the technical committee formalised its shortlist of five candidates to the NEC on Saturday. He said Safa have arrived on their preferred candidate‚ but there are a few formalities to be concluded to seal a deal.

Chimhavi said Saturday’s meeting formalised the ranking of the candidates.

“The recommendations of the technical committee were forwarded to the president [Danny Jordaan] and the administration last week‚” Chimhavi said.

“So now it was just a question of formalising it. These five names were sent to the president‚ CEO [Tebogo Motlanthe] and NEC last week. And among the five it was just to say who is number one‚ number two‚ who should we speak to.

“That is the process to now say that the NEC is officially mandated‚ and the CEO‚ to say‚ ‘Please finalise this thing as soon as possible’‚ because we have only five weeks to the first [2022 World Cup] qualifier.”

He said there will be no further NEC meeting on the Bafana coaching matter.

“They have finalised everything with the coach‚” Chimhavi said. “They have decided already‚ based on the recommendations.”

Asked if that coach has been informed and agreed to take the job‚ Chimhavi said: “Look there are just a few minor issues which the NEC said the CEO should finalise with the coach – just a question of tying loose ends. But otherwise everything has been agreed on.”

Safa on Friday night postponed their announcement of the new coach‚ which was scheduled to have taken place after Saturday’s meeting‚ to a still undisclosed date‚ citing travel complications related to Covid-19 for the chosen candidate to have arrived in South Africa in time.

This all but confirms that the chosen candidate is foreign. One Safa technical committee member told TimesLIVE that the recommendation was that the new coach be someone strong on implementing development structures.

Asked if that meant that made Queiroz a strong candidate‚ the technical committee member‚ who did not want to be named‚ said: “It does.”

Former Portugal‚ Iran and Real Madrid manager Queiroz‚ in his previous stint under the employ of Safa‚ put together a technical plan that many future plans at the association were largely based on.

Sources have told TimesLIVE that Safa president Danny Jordaan is an admirer of Queiroz for this reason‚ as well as his noted technical ability as a coach‚ which earned him a job and respect at‚ among other places‚ Manchester United as Alex Ferguson’s assistant in 2002 and 2003.

The technical committee’s apparent favouring of Queiroz‚ and Jordaan’s apparent agreement‚ would appear to indicate that‚ provided the Is can be dotted and Ts crossed‚ he would be Safa’s chosen man to replace Molefi Ntseki‚ who the association said they had released from his contract on March 31.

The technical committee member said: “The committee want to look at soccer in the long term‚ and obviously short and medium term comes into play.”

Asked if that would influence if the candidate has a background in setting up development structures‚ they said: “Yes‚ because what is the use when we make it to the World Cup‚ and then never again?

“ ... As a technical committee it is our responsibility to take football further in the country. And have now decided that we are going to take accountability for football in the country‚ which means we are going to look at the future of it. And we’re not looking for short-term solutions‚ which would leave us back to square one.”

Queiroz coached Portugal to a mediocre second-round exit at the 2010 World Cup in SA‚ but impressed by steering Iran to back-to-back World Cup finals in 2014 and 2018. He is unemployed having left as coach for almost two years of Colombia in December after a slow start in their 2022 World Cup qualifying campaign.

The other four candidates on the Safa shortlist are believed to be Belgian ex-Cameroon coach Hugo Broos‚ Saudia Arabia coach Herve Renard‚ Al Ahly coach Pitso Mosimane and AmaZulu coach Benni McCarthy. Broos is the only coach other than Queiroz currently unemployed.

Chimhavi said he could not expand on the travel issues related to Covid-19 that Safa’s leading coaching candidate had‚ nor whether such issues confirm that the person is a foreigner.