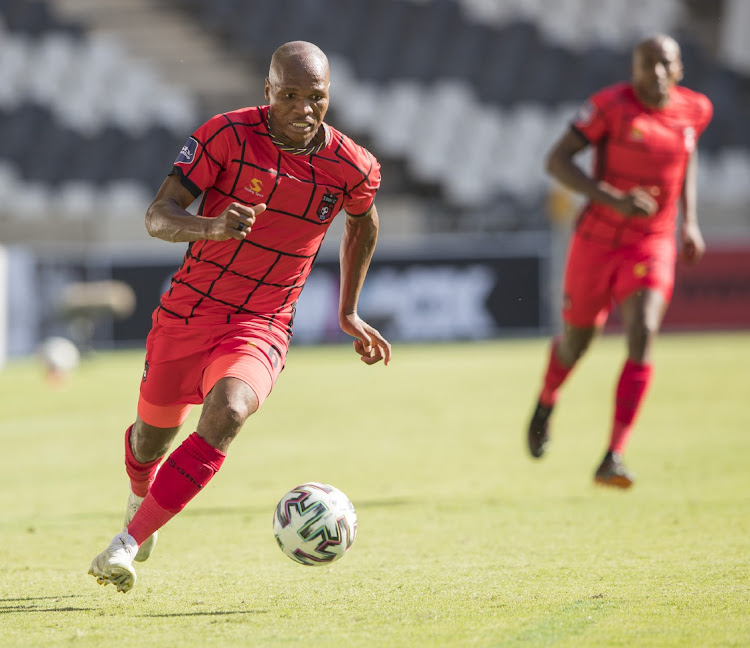 TS Galaxy are planning to make it difficult for in-form AmaZulu when the two teams meet in the DStv Premiership match at Kings Park Stadium tomorrow (5pm).

AmaZulu are one of the league's in-form teams as they remain unbeaten in their last seven matches.

Galaxy defender Pogiso Sanoka said they have a plan to frustrate Usuthu and to end their impressive run.

“This one is a difficult one, but we know what team we are going to face, a team that’s on top of their game at the moment,” Sanoka told the Galaxy media department.

“We have to go there, do what we have been doing, make sure that we stick together. We will go there and fight for everything. Sometimes you don’t have to win games by playing brilliant football but grind for results.

“This is a massive one, and we are not going there to sit back and allow them to do what they want. We are going there to make sure that the best team at the end of the day gets the results.

“I know the environment and I know what is expected. We will go there, do our best and make sure that we get all three points.”

The Rockets have been struggling recently. They have lost their last three matches, dropping out of the top eight.

Sanoka said they can't afford to lose another match if they want to finish in the top eight. “For us to make sure we get back in the top eight, these are the games whereby you have to give your all,” he said.

“We know where we have messed up in the past and where to fix it. Going into this game will motivate the guys. We have not been getting the results we wanted, but this is another opportunity to bounce back.”

Usuthu are coming into the match on the back of their goalless draw against Mamelodi Sundowns on Wednesday and will be looking to bounce back to winning ways.

He may not have been part of the SA Under-23 training camp preparing for the Tokyo Olympics in July, but TS Galaxy defender Macbeth Mahlangu remains ...
Sport
1 month ago

Veterans Reneilwe Letsholonyane and Bevan Fransman would be pleased to know that the door will always be open for them at TS Galaxy should they wish ...
Sport
1 month ago

Moriri targets a hat-trick in MDC

Kaizer Chiefs attacker Dumisani Zuma has declared all Amakhosi’s remaining fixtures “must wins”, aiming to start what would be an onslaught, if it ...
Sport
2 weeks ago
Next Article