Best thing about Super League is it did not happen, says Klopp 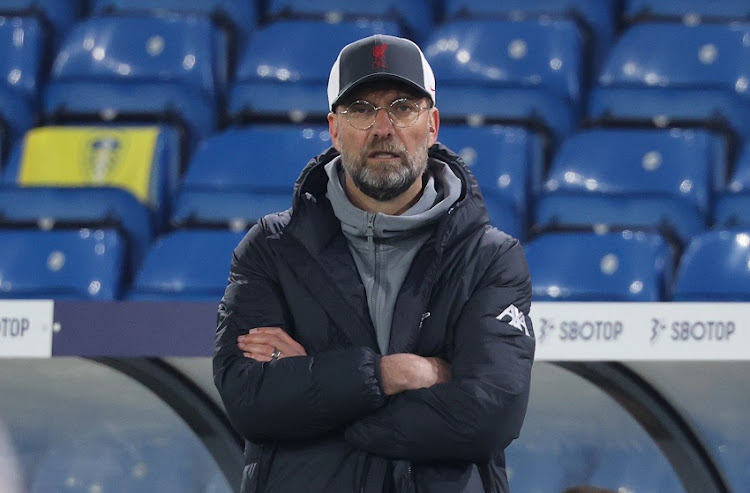 Juergen Klopp, Manager of Liverpool looks on during the Premier League match between Leeds United and Liverpool at Elland Road on April 19, 2021 in Leeds, England.
Image: Clive Brunskill/Getty Images

The most positive thing about the attempt by 12 elite clubs to form a closed European Super League (ESL) is that “it did not happen“, Liverpool manager Juergen Klopp said on Friday, while also taking aim at UEFA for expanding the Champions League.

The ESL proposal collapsed on Wednesday amid an outpouring of criticism from fans, players, soccer governing bodies and government officials.

Liverpool were one of six Premier League clubs to sign up for the new league before withdrawing, and Klopp, who has said neither he nor his players knew about the plan in advance, added that the focus must now return to playing football.

“I know it’s normal that people will say ‘how can we carry on?’ but that doesn’t get sorted in a week,” the German told a news conference ahead of Liverpool’s home Premier League game against Newcastle United on Saturday.

“As a team we have to be concentrated on the things we do such as football. That’s what we do.

“I know the owners, I’ve known them six years. I know there are some moments when they might not have made the right decision, this time for sure, but it doesn’t change things for me. I prefer to deal with problems with people I know.” Klopp, who has long criticised the packed playing schedule, reiterated his opposition to UEFA’s decision to expand the Champions League to 36 teams from the 2024-25 season, which was also announced this week.

“You can’t just introduce always more competitions,” he said. “It’s very good that the new Super League is off the table, but the new Champions League isn’t great.

“Ten games rather than six and no idea where to put them in. The only people who never get asked are the coaches, the players and the supporters.

“UEFA didn’t ask us, the Super League didn’t ask us. It’s just always ‘play more games’. The new Champions League, what’s the reason for that? Money ... I have no idea how we’re supposed to deal with even more games.”

Defender Nat Phillips and midfielder Curtis Jones are back in training after recovering from injury, while forward Diogo Jota is fit to face Newcastle despite not taking part in Friday’s training session.