United rope in Vladislay in bid to save them from relegation 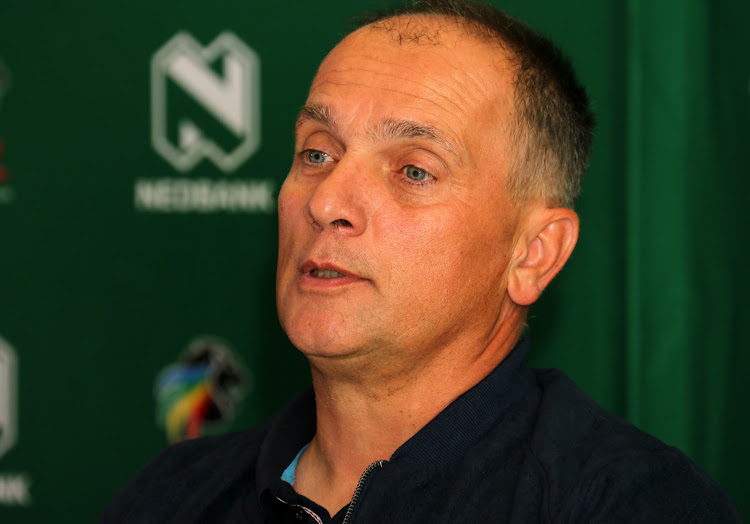 Desperate Chippa United have roped in Vladislav Heric in an attempt to save them from relegation.

The club confirmed yesterday that Heric joined them as the technical advisor until the end of the season and will work with coach Siyabulela Gwambi.

Heric, who was fired by the GladAfrica Championship side Cape Town Spurs in January, saved Chippa from relegation in 2018, where he took them to 10th place finish.

But whether he will be able to save them again this time remains to be seen after he left Spurs struggling and are fighting relegation.

The club remain confident that he will save them from facing relegation again this time. “Vladislav is a person that is familiar with the success of our brand, having helped us win the GladAfrica Championship in the 2013/14 season,” club chairman Siviwe Mpengesi said in a statement.

“We do welcome him back to the club, where his experience will play a pivotal role for our technical team in the last eight DStv Premiership fixtures. We are looking at finishing in a respectable position in this campaign.

“The decorated Serbian guided this club to elite ranks promotion back in 2014. He carries a wealth of experience and technical expertise coaching in the country as well as in North Africa.”

The 54-year-old arrives at Chippa during a tumultuous time after controversial Belgian coach Luc Eymael was appointed as the club technical director, only to be released within a week following pressure from sports fans and other political figures earlier this month.

The Chilli Boys have now gone 10 matches without a win in the DStv Premiership and are second from the bottom with 17 points.

They lost 0-1 to Baroka at home on Tuesday, and Mpengesi expects Heric to hit the ground running when Chippa host tricky Golden Arrows at Nelson Mandela Bay Stadium on Sunday.

Swallows FC are set to announce a major new sponsorship deal from telecommunications giant Telkom on Thursday.
Sport
8 months ago

Chippa United caretaker-coach Siyabulela Gwambi has said he hopes making a piece of history with the club’s first-ever cup final in the Nedbank Cup ...
Sport
8 months ago
Next Article