Mistakes at either end ensure stalemate in Bloem 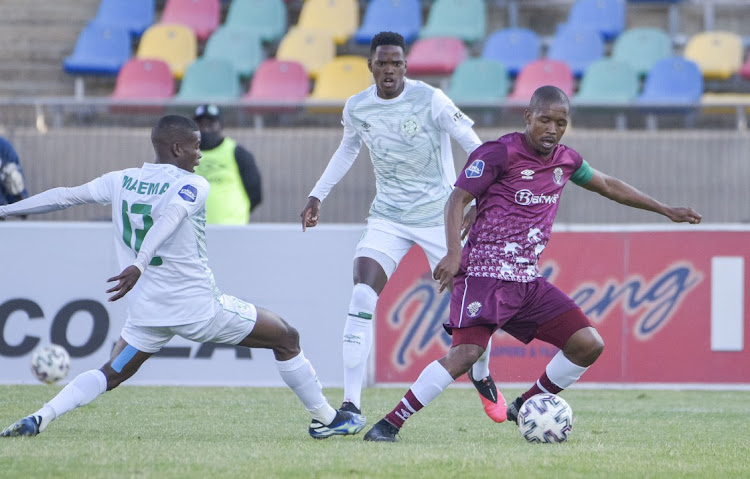 Swallows missed a chance to go to third on the DStv Premiership table after playing to a 1-1 draw against Bloemfontein Celtic at Dr Petrus Molemela Stadium yesterday.

The Birds remained fifth on the standings with 37 points. Celtic also remained 11th, but also missed an opportunity to jump to the eighth spot.

Following their impressive performance earlier this season, Swallows are struggling to replicate the same this time.

Phunya Sele Sele were the better side even though they did not create enough chances, with both goalkeepers having little to do earlier on.

Besides Celtic enjoying the possessions, it was a dull first half. The match came to life in the second half, with both upping the tempo as they looked for the opener.

It was the visitors who opened the scoring first against a run of play. Kgaogelo Sekgota profited from a howler from Celtic keeper Sipho Chaine to make it 1-0 just before the hour mark.

It was a gift of a goal as Chaine’s clearance went straight to Sekgota, who slotted home into the empty net. But their joy was only for a few minutes as Celtic hit back almost immediately through Neo Maema, whose deflected shot beat Virgil Vries to make it 1-1.

In another match earlier yesterday, Chippa lost 0-1 to Baroka at Nelson Mandela Bay Stadium. Goodman Mosele scored the only goal of the match, as Chippa lost for the fifth time in six leagues games, leaving them firmly in the relegation zone.

Swallows FC are set to announce a major new sponsorship deal from telecommunications giant Telkom on Thursday.
Sport
1 year ago
Next Article