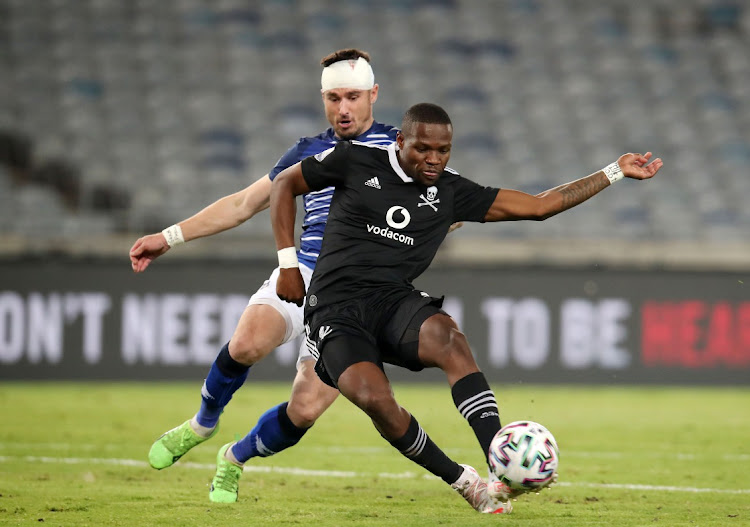 Maritzburg United coach Ernst Middendorp admitted that his side should have capitalised on their perfect start they made before falling 0-2 defeat to Orlando Pirates in their DStv Premiership match at Orlando Stadium on Sunday.

The Team of Choice took control of the match in the first half and should have had a lead had they been more clinical.

They then took their foot off the pedal in the second half, allowing Pirates to score twice through Vincent Pule and this left Middendorp disappointed and he feels they should have done better.

“We started well and we should have scored in one of the chances we created, but once we lost our important player Ali Meza through injury, we dropped a bit,” Middendorp said after the game.

“But how we conceded the two goals, I don’t think I have to explain it. If you make mistakes like that, you get punished. I think in the second half we could have played another hour. I don’t think we would have scored.

“We played with the same mentality and probably we should have kept that long for 90 minutes. But we will discuss internally, what we need to do differently for our next crucial game against Baroka on Friday.”

The defeat left the Team of Choice 13th on the log standings with 20 points from 21 matches, three ahead of 15th place Chippa United.

Middendorp believes they are still on the right track to survive relegation and will look to bounce back to winning ways against Baroka at Harry Gwala Stadium.

“We showed a lot of good signs and our game is based on movement going forward and intensity in terms of a high engagement line forcing the opponents into mistakes and the transition into the box,” he said.

“We are feeling comfortable now with the remaining nine matches and we are not thinking about what other teams around us are doing.

“I see a lot of potential to do better with more determination. We have one game more in hand. It will be a comfort for us regarding the competitions to other teams in the bottom half.”

Orlando Pirates coach Josef Zinnbauer is satisfied with their 2-0 victory over Maritzburg United in the DStv Premiership match on Sunday, following a ...
Sport
1 year ago

Magnificent is a befitting word to sum-up Mamelodi Sundowns’ performance that aided them to eliminate a somewhat workmanlike Orlando Pirates side ...
Sport
1 year ago
Next Article