Baroka condemn relegation-threatened Chippa United to yet another defeat 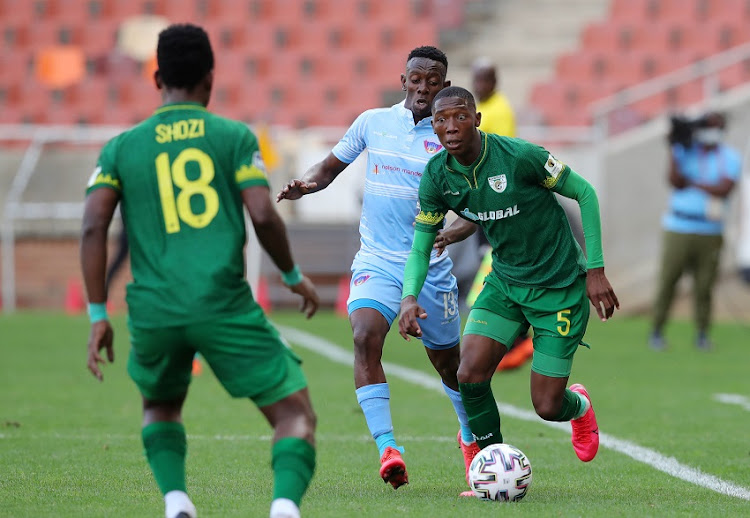 Baroka FC improved their chances of finishing inside the top eight for the first time since the Limpopo side's elevation to the topflight of South African football six years ago when they beat relegation-threatened Chippa United 1-0 at the Nelson Mandela Bay in Gqeberha on Tuesday afternoon.

The win came courtesy of a strike from Goodman Mosele after he capitalised on a stray pass from Chippa goalkeeper Rashid Watenga and punished the Eastern Cape side. Bakgaka's sixth win of the season saw them move from 11th place on the standings to eighth.

Chippa created little opportunities to end a winless run that has now stretched to 10 matches and seen them managed a measly four points during the period.

Chilli Boys caretaker coach Siyabulela Gwambi came to this match with his back against the wall after losing his first league match on the bench against log leaders Mamelodi Sundowns.

There was hope that Chippa would rediscover their form in the league after beating first division side Pretoria Callies in the Nedbank Cup semifinals at the weekend to qualify for a first-ever final. But that appearance against Tshakhuma Tsha Madzivhandila in Free State on May 8 did not serve as motivation for the Gqeberha side when they failed to transfer their amazing cup form to league engagements.

Though in control of this match at times‚ Chippa didn’t create enough clear-cut chances to trouble Oscarine Masuluke in the Baroka goal.

Instead it was Baroka who took the lead when Watenga misplaced his pass in the 40th minute and Mosele took one touch to control the ball before slipping it between the Ugandan goalkeeper’s legs to hand the home side their sixth league defeat in 10 matches. It was three defeats in a row for Chippa following Tuesday's result.

Trigger-happy Chippa boss Chippa Mpengesi may well feel the need to acquire his third full-time coach this season as his side‚ with seven games to finish the season‚ remain second from bottom and only four points away from Black Leopards‚ who occupy the bottom spot with 13 points.

Chippa started the season with Lehlohonolo Seema who was replaced by Dan Malesela in December. Malesela was sacked after the team lost 5-1 against Maritzburg United at the beginning of this month.

Mpengesi has already tried twice and failed to employ Luc Eymael as Chippa’s head coach. The Belgian’s chances of being employed in SA remain remote after making alleged racist remarks at his previous club job in Tanzania last year.

But with the team continuing to lose matches and in real threat of being relegated‚ it will come as no surprise if Mpengesi sacks interim coach Gwambi‚ who had the worried look of a man in distress as he sat on the Chippa bench on Tuesday.