Leeuwenburgh wants to leave Citizens on a high 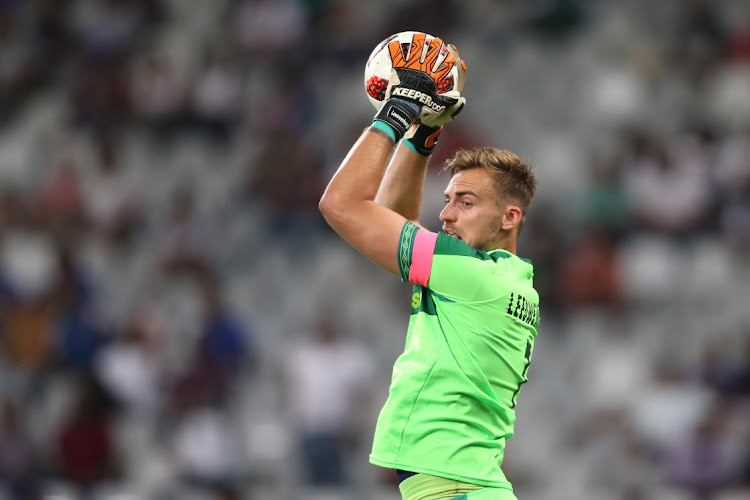 Outgoing Cape Town City goalkeeper Peter Leeuwenburgh says his desire to return home to the Netherlands and take his career to another level is what motivated him to sign with Eredivisie side Groningen.

Leeuwenburgh will join Groningen at the end of the season after signing a two-year deal.

The towering goalkeeper arrived in SA in July 2018 after agreeing to join the Citizens on a three-year deal and made the No1 jersey his own.

The 27-year-old has since established himself as one of the top keepers in the country, having played 85 competitive matches for the Citizens.

“I felt like it was maybe time for something else. I’m quite far away from home, and with a baby now, it would be a bit better to be closer to home,” Leewenburg told Sowetan yesterday.

“Groningen was very interested, and when I heard their plans, I had only one thing on my mind, I want to go there. They are a big club with a rich history, a beautiful stadium in a very nice city and the level of the club and league is a step upwards for me.”

Heinenoord-born Leeuwenburg added his highlight with the Citizens was when he won the MTN8 title in 2018 against SuperSport United, where he was a hero in the final.

“My stay has been good. I played a lot of games, gained a lot of experience as a goalkeeper and as a human being so far away from home in a different culture and environment,” he said.

“I didn’t need to leave in terms of life, but I got an amazing opportunity, so I had to take it. We won a trophy together and had some good times.

“The trophy was the absolute highlight, especially because I was able to play such a big part in winning it. We also won two quarters, which were other highlights. It’s been a success because I came here to develop myself, and that has happened.”

His plan now is to end his time with the Citizens on a high note in the remaining matches by helping them finish in a good position in the DStv Premiership.

“We still have a lot to play for. My mind is with the club for the remaining games, and we want to climb a few places on the log, so we need to win most of our remaining games.”

The MultiChoice Diski Challenge continues with mouth-watering matches this weekend as the teams are eying a top-two finish in their respective ...
Sport
1 year ago

Chippa United are into their first ever cup final, riding their luck and taking a rare chance to edge Saturday’s Nedbank Cup semifinal against plucky ...
Sport
1 year ago

Tshakhuma Tsha Madzivhandila (TTM) caused one of the biggest upsets in recent history by dumping defending champions Mamelodi Sundowns out of the ...
Sport
1 year ago
Next Article