Lebese two weeks away from his TTM debut 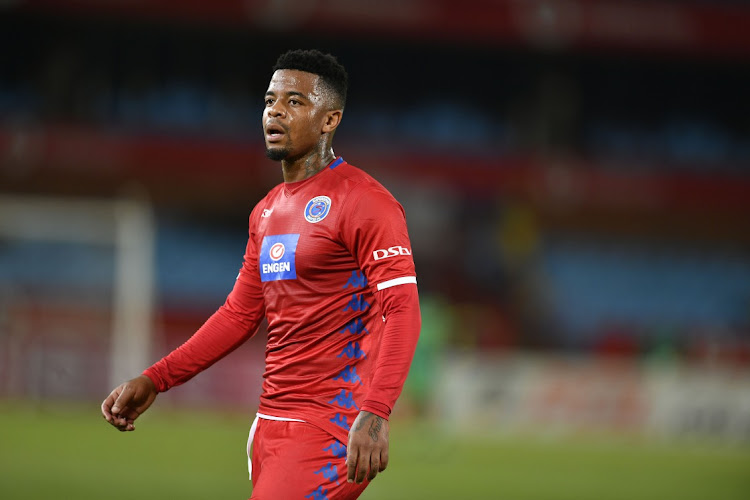 George Lebese should be ready to make his debut for Tshakhuma Tsha Madzivhandila (TTM) in the next two weeks.

This was according to TTM coach Mpho Maleka yesterday, who said the former Kaizer Chiefs and Mamelodi Sundowns attacking midfielder is working hard to regain his fitness.

Lebese joined TTM on a short-term deal until the end of the season as a free agent earlier this month, after he terminated his contract with US second-tier club the Switchbacks last month.

He could not travel back to the US to rejoin the Colorado Springs outfit owing to strict Covid-19 regulations.

“We expect him to be more involved in the competitive matches in a week or two,” Maleka told the media yesterday through a virtual press conference.

“He is working with the fitness trainers who push him to regain his match fitness but mentally he is very ready, and he can add value in the attacking part of our game plan.

“But he is doing well, and in two weeks you will start seeing him coming on and building up his confidence on the field of play.”

Maleka said that they would not rush the midfielder into action as they want him to get his fitness back first, to help the club's  fight for survival.

“We know we have players who can play. For him to come to our squad, it is a plus ... and we will make use of him very wisely,” Maleka said.

With Tokelo Rantie, another new signing, having played 81 minutes for TTM in the 2-0 victory against TS Galaxy in their last match, where he chipped in with an assist, Maleka feels the striker is slowly getting back to full fitness.

“We always applaud our fitness trainer [Matthews Meso] as he has been pushing him. Even Rantie, he wanted to do more, and for us to give him a run at the start of a match, it was based on a game plan.

“He gave his best and we appreciate his efforts, and we hope he continues and puts more effort in the coming matches. For him to create a goal, I also believe that will encourage him to do more.”

Mamelodi Sundowns continued their domineering run on the domestic scene with a comprehensive 4-1 thrashing of hapless Orlando Pirates during their ...
Sport
1 month ago

Even the three league medals George Lebese boasts of are not as big an achievement as it would be to aid his new club Tshakhuma Tsha Madzivhandila ...
Sport
1 month ago

Mamelodi Sundowns matched Kaizer Chiefs record to have the longest ever start to a Premier Soccer League (PSL) without a defeat after they came from ...
Sport
1 month ago
Next Article