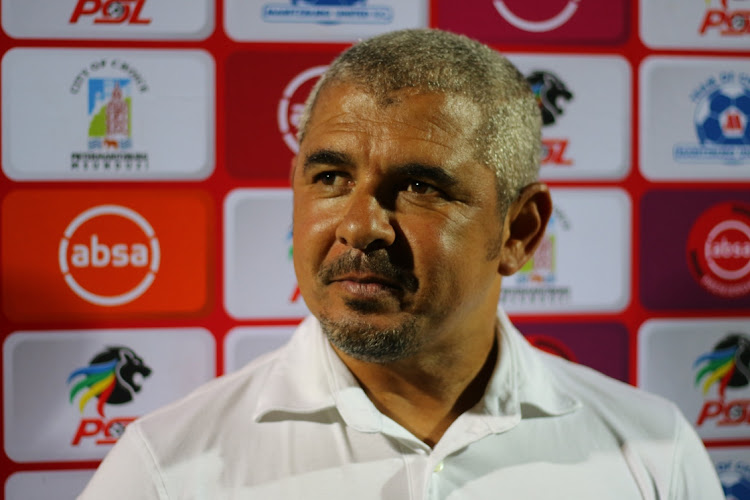 Earning their maiden away point via drawing 1-all with fellow strugglers Steenberg on Wednesday has left Bizana Pondo Chiefs coach Clinton Larsen optimistic that they will avoid relegation.

After 10 unsuccessful attempts to get at least a draw on the road, Pondo Chiefs finally managed to snatch a point in what was their 11th away tie at Steenberg. The GladAfrica Championship newbies are bottom of the log with just 16 points from 22 outings.

Larsen, who only joined the Hunters late last month, feels avoiding an away defeat for the first time this season will help them turn the corner. The experienced trainer wasn’t aware of this unwanted record.

“It came as a shock to me that the team had never picked up a point from 10 attempts from the road. Now that we have done it, it’s a good motivating factor going forward… it’s something we should build on,’’ Larsen told Sowetan yesterday.

“This [poor away record] explains why the team is where it is. But now we’re all positive; we’re heading in the right direction. Everyone is motivated that we’ll survive.’’

Larsen targets five wins from their eight games remaining, reckoning that, coupled with a few draws, will be enough to see them secure their berth in the division for next term.

“We need to get something out of all our remaining games. Eight games [remaining], 24 points to still play for – that’s a lot of points. I know we’re going to win a few games. I think we need to win at least five games to survive and a few draws,’’ said the Bizana Chiefs coach.

Zulu vows to lead second-tier Sekhukhune to the promised land

Despite the fact that they’re not far off leaders Sekhukhune United on the log, Pretoria Callies coach Joel Masutha isn’t tempted to think they can ...
Sport
1 month ago

Nearly-forgotten winger William Twala has laid bare his ambitions to propel Pretoria Callies to the Premiership before returning abroad at the end of ...
Sport
1 month ago
Next Article