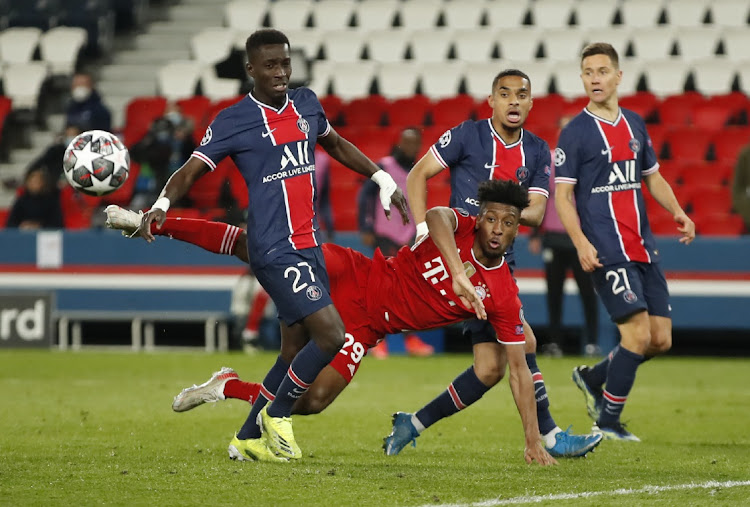 Paris – Paris St Germain (PSG) dismissed their reputation as Champions League chokers to reach the semifinals of Europe's premium club competition for the second year in a row by eliminating holders Bayern Munich on Tuesday.

The French champions, who had lost their composure when it mattered in recent years, have now eliminated Bayern and Barcelona in the quarterfinals and the last 16, showing ruthless efficiency and proving steady in stormy weather.

While they need to address their home form, as Tuesday's 1-0 defeat by Bayern showed, Mauricio Pochettino's team can be clinical, having beaten the German champions 3-2 in the first leg despite suffering throughout the match.

Pochettino's makeshift defence, in the absence of captain Marquinhos, rose to the occasion in a nail-biting match against Bayern with the attacking trio of Neymar, Kylian Mbappe and Angel Di Maria always looking dangerous on the break.

“PSG has grown. The club keeps growing day by day, year by year,” said centre-back Presnel Kimpembe, who wore the captain's armband on Tuesday. “We bounced back [from previous failures]. Tonight was war, and we won that war.”

While Bayern were without Robert Lewandowski and Serge Gnabry, PSG also had to do without Marquinhos and influential midfielder Marco Verratti, and the French champions managed the absence of key players better.

“We played as a team while attacking, and while defending. That's what we wanted to do and that's we managed to do,” said Pochettino. "[Midfielder] Idrissa Gueye was a machine, I told him when he left the pitch.”

Up front, Mbappe's speed proved a nightmare to handle for the Bayern midfield and defence, while Neymar, though he lacked efficiency, finding the woodwork twice, was a menace throughout.

The duo's performance over the two legs was key and their contract extension is obviously the club's priority as they look to win their maiden Champions League title after losing to Bayern in the final last year.

Bayern Munich manager Hansi Flick has urged his players to be more clinical and force Paris St Germain into mistakes as they look to overturn a 2-3 ...
Sport
9 months ago

Barcelona coach Ronald Koeman raged against the referee for not awarding them a penalty in their 1-2 defeat to Real Madrid in Saturday's 'Clasico', ...
Sport
9 months ago
Next Article