Germany giants look to overturn a 2-3 deficit against PSG 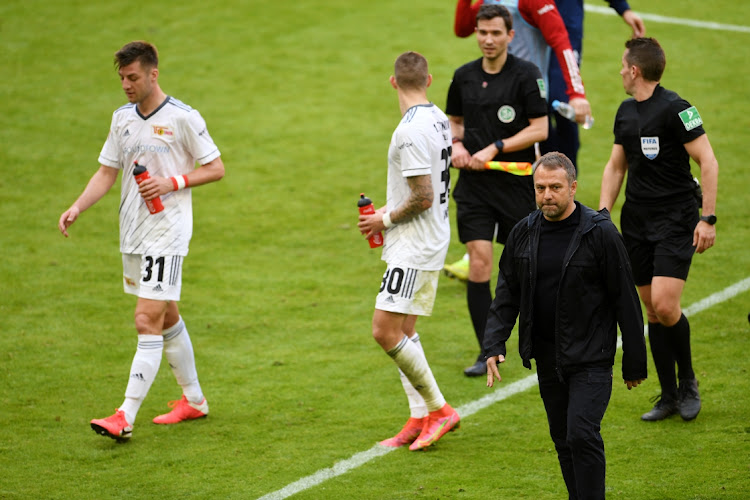 Paris – Bayern Munich manager Hansi Flick has urged his players to be more clinical and force Paris St Germain into mistakes as they look to overturn a 2-3 deficit in today's Champions League quarterfinal second leg at the Parc des Princes.

Holders Bayern dominated for long stretches in the first leg in Munich but missed a bagful of chances in the absence of top scorer Robert Lewandowski, falling to their first loss in the Champions League in more than two years.

Flick, however, is confident his side will respond positively.

"We had many chances but we were not as decisive as we should have been and we have to improve," Flick told a news conference yesterday. "We will do everything we can and approach the game with optimism.

"We have to make sure tomorrow (today) we show same ambition that PSG showed against us. We have to force them into making mistakes. We know we have to score at least two goals.

"It will be a tough task, but these are the games we play football for. We want to cause a mini upset in Paris. Of course, we'll be delighted if we manage that."

Bayern will have their work cut out trying to neutralise the threat of PSG forward Kylian Mbappe, who netted a brace in the first leg in Munich.

The 22-year-old France international has scored 33 goals in 39 games this season, including a hat-trick in the first leg of their Champions League last-16 tie against Barcelona in February.

Flick said Mbappe was well on his way to becoming a global superstar.

"Mbappe will be the world's best in the future, he's fast, technical and scores important goals," Flick added. "Considering his age, he's so well developed."

Flick said Lewandowski, who trained for the first time since sustaining a knee injury last month, would not make the trip to Paris, but Leon Goretzka, Lucas Hernandez, Jerome Boateng and Kingsley Coman are available for the game.

Barcelona coach Ronald Koeman raged against the referee for not awarding them a penalty in their 1-2 defeat to Real Madrid in Saturday's 'Clasico', ...
Sport
2 months ago

Real Madrid beat rivals Barcelona 2-1 at home in an entertaining, rain-soaked 'Clasico' on Saturday to go top of La Liga.
Sport
2 months ago
Next Article