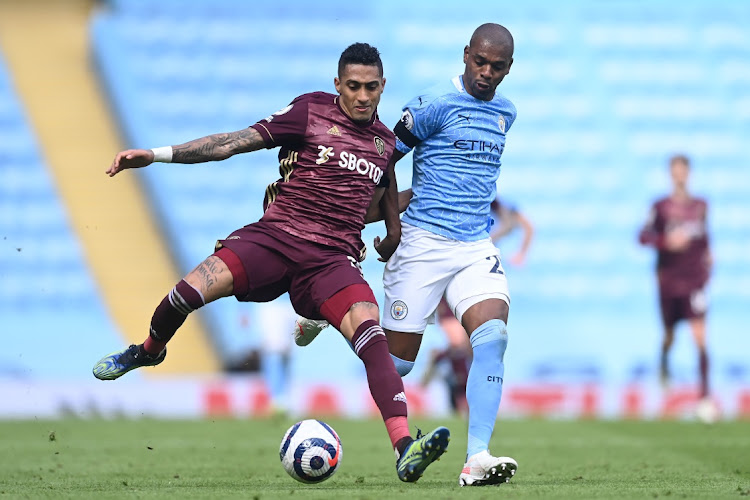 League leaders City were left stunned when Leeds midfielder Stuart Dallas scored the winner late on to hand Guardiola's side only their second defeat in 29 matches in all competitions this season.

City need 11 points to secure their third league title in four years. Guardiola said they would look to respond in their remaining matches.

"The Premier League must still be won. We need points still because our opponents can win all their games," Guardiola said.

"Now we need to do it again... Three of the next four games are like finals, in the Champions League, FA Cup, League Cup.

"We have incredible confidence in the guys. Defeat sometimes is necessary to understand how difficult what we have done is and what we have to do to move forward."

Guardiola, whose team carry a 2-1 lead into the second leg of their Champions League quarter-final with Borussia Dortmund on Wednesday, said City did not create enough chances for the forwards against Leeds.

"It's part of the game. In the last 10 minutes they had other chances. They are fast and can do it. When they defend in the way they were doing, you have to stop them running," he said. "We didn't do that.

"We're going to rest and prepare two days for the game in Dortmund and decide on how we're going to play." - Reuters

Champions League success would be ideal send-off for Aguero: Rodri

Winning the Champions League would be the perfect parting gift for Manchester City striker Sergio Aguero, midfielder Rodri said ahead of Tuesday's ...
Sport
6 months ago

The Premier League title race is all over bar the shouting but Manchester United at least have the opportunity to halt Manchester City's assault on ...
Sport
7 months ago
Next Article