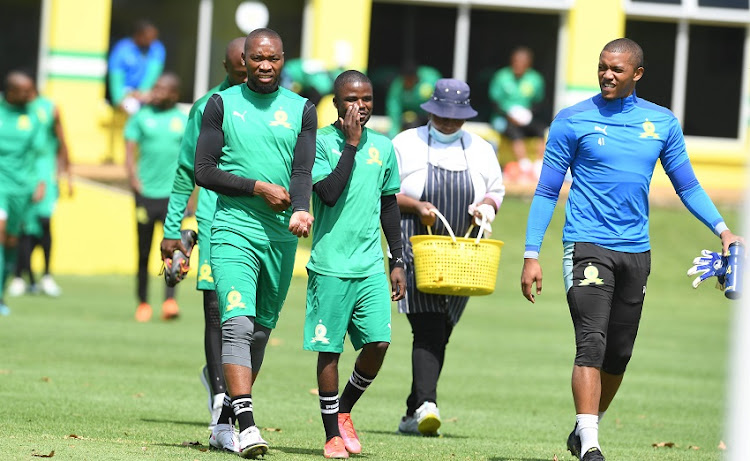 Mamelodi Sundowns co-coach Rulani Mokwena has described the return to action of experienced attacking midfielder Sibusiso “Vila” Vilakazi as a signing in the middle of the season.

Vilakazi returned from a long injury lay-off with a goal in Sundowns’ 3-1 DStv Premiership win over second from the bottom Tshakhuma Tsha Madzivhandila (TTM) on Tuesday.

“We are very happy to have him back and for us is like a new signing that we have received mid-season because he comes with fresher legs‚” Mokwena said.

“And those fresher legs come with quality and experience‚ particularly as you go towards the end of the season. So‚ his availability becomes extremely important for us and like many others we are happy to have them. Not just because they are good football players but because they are good human beings and Vila epitomises that.”

Mokwena also paid tribute to Vilakazi for having been able to overcome another career-threatening injury because of his strong ability to come back from adversity.

“Just as much as he has suffered a lot of setbacks in his career‚ his bounce-back ability is phenomenal because he has remained steadfast in his self-confidence and belief in his own talents. He relentlessly drives to improve on his performances and also he has the support of everybody else.

“Maybe you don’t find it a lot in modern society but Vila is extremely selfless where even when others are succeeding and doing well he is always there to support and encourage them.

“There is no disputing Vila’s ability from a technical perspective. His profile as a footballer with all his achievements like Footballer of the Season‚ he has a huge pedigree with regards to the Champions League where he has gained extensive experience on the continent.

“The one thing that a lot of people don’t get is just how good Vila is in the background and that is very important because if you are a good footballer you also need to be a good human being.”

Vilakazi could be key for Sundowns in their Champions League clash against Algerian side CR Belouizdad in their last match of the group stages at Loftus on Friday afternoon (kickoff 3pm).