I’d rather attack and lose than defend and draw – Baccus 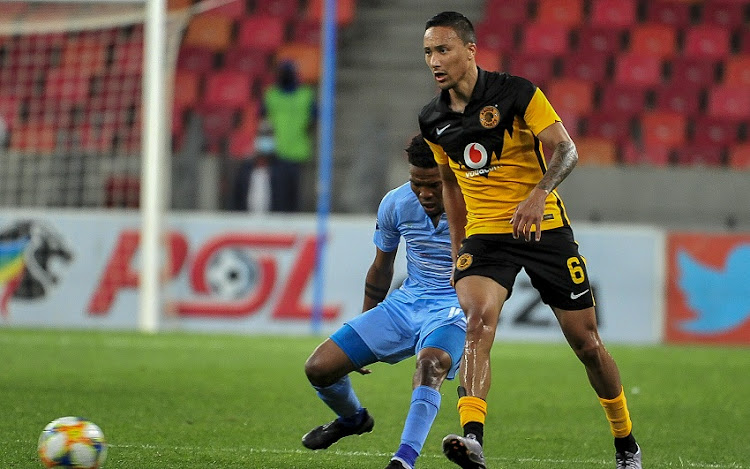 With Kaizer Chiefs' CAF Champions League quarterfinals fate resting on their last Group C match against Guinean side Horoya at the Stade General Lansana Conte in Conakry tomorrow (9pm), it is arguably their biggest game so far this season.

Horoya and Chiefs are level on eight points, two points behind leaders Wydad Casablanca of Morocco, who have already booked their berth in the last eight heading into their last game against bottom side Petro de Luanda of Angola. Petro have one point.

To qualify, Amakhosi need to win or get a draw with goals, as in that case the head-to-head rule will come into play. The reverse fixture at FNB Stadium was a goalless stalemate.

Attacking midfielder Kearyn Baccus, who was among the 18 players who travelled to Guinea yesterday, wants coach Gavin Hunt to deploy an ultra-offensive approach against Horoya.

“I’d rather attack and lose than defend and draw. So for me, I think if we play our all-out attack and go for it, we’ve nothing to lose,’’ noted Baccus.

He urged senior players to step up to the plate tomorrow, agreeing that fledging stars Nkosingiphile Ngcobo and Happy Mashiane have been the side's go-to players in recent months.

“At the moment Mshini [Ngcobo] is doing very well ... Happy is doing very well. They are stepping up, which is good in a time of difficulty when we need them. We as older players also, we have to do our bit and hopefully we will do well on Saturday [tomorrow] and get a result,’’ said Baccus.

“The boys are in good spirits. We’re ready to go. We want to do well in the Champions League since we’re not doing so well in the league at the moment. We’re are all ready and excited.’’

Versatile full-back Reeve Frosler also weighed in on the Horoya showdown, underlining their optimism ahead the match. Frosler banks on the confidence they gained by beating Wydad 1-0 in their previous outing on Saturday last week.

“We’re feeling confident. We’re feeling good. Our last Champions League game was a good result, so we take that confidence. Hopefully we can continue to do well in the competition,’’ noted Frosler.

The Glamour Boys will be without their leading strikers Samir Nurkovic and Leonardo Castro. Nurkovic and keeper Daniel Akpeyi are suspended after their red cards against Wydad, while Castro broke his nose in the midweek league fixture against Stellenbosch.

Kaizer Chiefs’ 2-all draw at home to Stellenbosch left their coach Gavin Hunt disappointed; insinuating conceding the second goal when they were a ...
Sport
9 months ago

Kaizer Chiefs and Stellenbosch FC dished out a stunning second half performance that produced four quality goals as they settled for a 2-2 DStv ...
Sport
9 months ago
Next Article