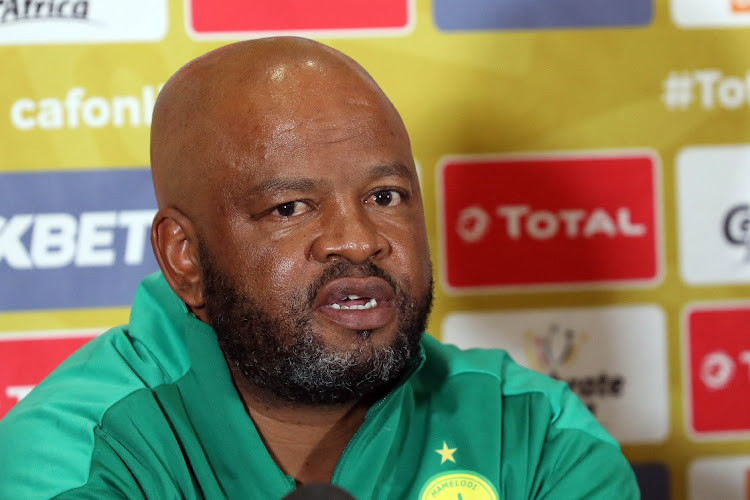 Mamelodi Sundowns “have a responsibility not to lose a lot of matches” was how coach Manqoba Mngqithi explained his team matching the DStv Premiership record of 19 matches unbeaten form the start of a season on Tuesday.

Downs equalled the mark, set by Kaizer Chiefs under Stuart Baxter in 2014-15, with their 3-1 win against Tshakhuma Tsha Madzivhandila at Peter Mokaba Stadium. The Brazilians’ winning machine continued to cruise towards another record beating TTM, taking them six points clear (43) at the top of the log with two games in hand on nearest challengers Lamontville Golden Arrows and AmaZulu (both 37).

A league title in 2020-21 will see the third-time in succession defending champions become the first side to win four league titles in a row in SA football.

Mngqithi was asked after the win against TTM if Sundowns set targets to break records.

“To be honest, as Sundowns we have a responsibility not to lose a lot of matches,” he said.

“We are always focusing on making sure we win every match. We even feel bad when we get a draw.

“Whether it’s a friendly match, be it a practise match, we always want to win at the end of the match. And as for the records, that is for the statisticians and the media.

“As coaches we are focusing on each game as it comes and to give our best shot in every game, which is why even now we have won the match but we are unhappy that we conceded a goal – because that is what we are always playing for.”

Sundowns, under a coaching trio completed by Rulani Mokwena and Steve Komphela, have lost once in all competitions, including the Caf Champions League, in 2020-21 – 1-0 in the MTN8 opening round against Bloemfontein Celtic way back in October.