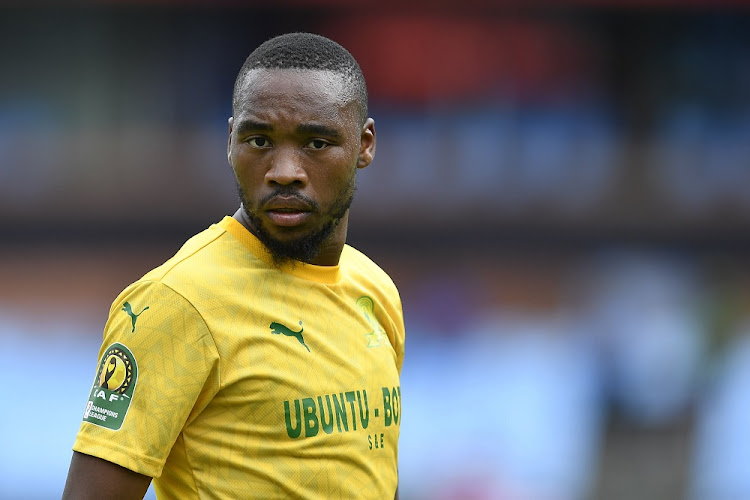 Mamelodi Sundowns co-coach Manqoba Mngqithi was full of praises for his players, especially his midfielders Rivaldo Coetzee, Sphelele Mkhulise and Sibusiso Vilakazi, after scoring during their 3-1 win over Tshakhuma Tsha Madzivhandila (TTM) in the DStv Premiership match at Peter Mokaba Stadium on Tuesday.

What encourages Mngqithi is that they are not relying on strikers to score goals for them, as everyone has been finding the back of the net.

The victory over TTM saw Sundowns extend their lead at the top to six points with two games in hand ahead of second-place Golden Arrows.

“Very encouraged to see our midfielders starting to get the goals, because what counts the most is when you have a team that can get goals from different angles, so that it makes it very difficult for opponents to know where the goals are going to come from,” Mngqithi told the club media department after the game.

“It was impressive for Villa to score. It was exciting for Riva to go there and score, and we are hoping that it has opened that space for him because I always complain to him.

“As a midfielder, we need to tick a little bit more boxes in his assists, shot at goals in his final combination play and box entries. When he scores, maybe he can be ignited and start looking for these opportunities from time to time.”

Mngqithi emphasised that every player who gives his best will always be allowed to play in the future, as that brings a healthy headache for them.

“At Sundowns, the coaches that I work with, one thing we do is to reward good performances and that kills the headache of bias and wanting to play a player who is no longer performing,” he said.

“When Villa comes in and scores, he continues. He is already ahead in the pecking order because you know what he has given you in the previous match. It will go on and on like that. It won’t change. We are just happy.”

“We didn’t do what we planned, which was the matter of closing them down. This is a wake-up call for us and we will come back stronger in the next matches,” Maleka said. “We have to dust ourselves up and move on and go and fight again. All is not lost.”

Mamelodi Sundowns “have a responsibility not to lose a lot of matches” was how coach Manqoba Mngqithi explained his team matching the DStv ...
Sport
9 months ago

Midfielder opted not to dance out of respect for ex-coach Hunt.
Sport
9 months ago

Manqoba Mngqithi has praised the tactical awareness shown by co-coach Rulani Mokwena that he says led to Mamelodi Sundowns creating goal-scoring ...
Sport
9 months ago
Next Article