'We should have controlled it a little bit better' 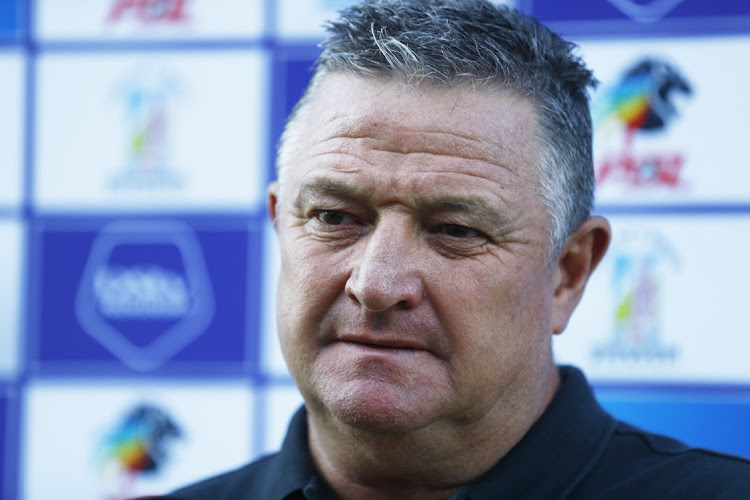 Kaizer Chiefs’ 2-all draw at home to Stellenbosch left their coach Gavin Hunt disappointed; insinuating conceding the second goal when they were a man down disadvantaged them.

Going into the league tie against Stellies at FNB Stadium on Tuesday, Chiefs were high-riding on the back of two unexpected 1-0 victories versus Soweto rivals Orlando Pirates in the league and Moroccan giants Wydad Casablanca in the CAF Champions League group phase.

Beating both Pirates and Wydad raised expectations that Amakhosi would easily dispatch of an indifferent Stellenbosch outfit. However, Chiefs were humbled when Nathan Sinkala broke the deadlock in the 72nd, before second stanza sub Leonardo Castro restored parity five minutes later.

Stellies were in front again when Phathutshedzo Nange netted what looked to have given them maximum points in the 80th minute. Five minutes later, Chiefs levelled matters through Nkosingiphile Ngcobo.

Hunt felt downhearted by the stalemate. Stellies scored the second goal when Chiefs were without Castro, who was still receiving treatment after colliding with Mogamad de Goede while nodding home Chiefs’ first strike.

The Chiefs trainer also bemoaned their overall defensive work on the day. “We’re disappointed, very disappointed …I am disappointed. We went behind, we came ahead and then, we should have controlled it a little bit better, but we didn’t. When they scored we had Castro off the field.

“Defensively we have to be better. We allowed the ball to come into the box, we didn’t go closer on the full-back and then, I mean the positions on the field where we should be, we were not in [those positions] and it’s very disappointing.’’

The draw against Stellies may have stretched Chiefs’ unbeaten run to six games across all competitions, but it could prove detrimental to their top-eight ambitions down the line. After 20 games, Amakhosi are ninth on the DStv Premiership table with 24 points, two behind eighth-placed TS Galaxy, who’ve played a game more.

Midfielder opted not to dance out of respect for ex-coach Hunt.
Sport
9 months ago

Kaizer Chiefs nearly paid a hefty price for not taking their chances as they were forced to come from behind twice to manage a 2-2 stalemate against ...
Sport
9 months ago
Next Article