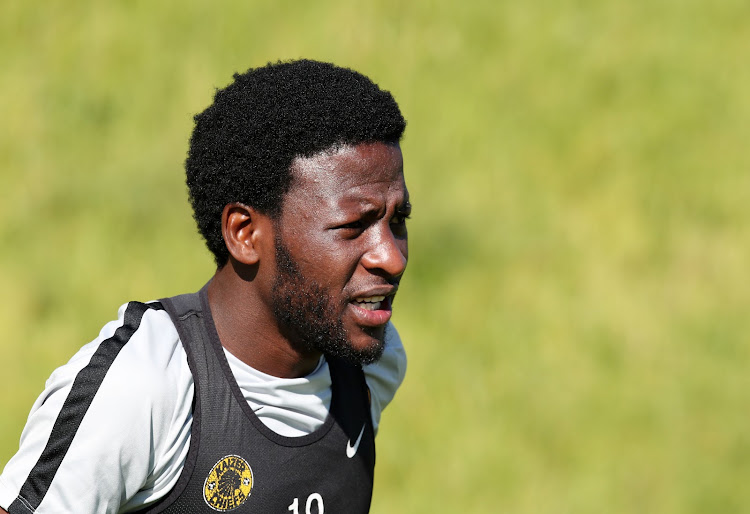 Siphelele Ntshangase failed to nail down a regular place in the matchday squad at Kaizer Chiefs.
Image: Muzi Ntombela/BackpagePix

Siphelele Ntshangase’s agent‚ Jazzman Mahlakgane‚ says there is interest from clubs in signing the talented playmaker, who was released by Kaizer Chiefs last month.

Mahlakgane said while Ntshangase suffered a torrid period at Chiefs‚ clubs are aware of the player’s quality.

The player’s intermediary was at pains to play down reports that Ntshangase has suffered personal off-field lifestyle issues‚ and that this played a role in him being released from his contract at Chiefs two-thirds of the way through the 2020-21 season‚ despite having signed a year’s extension to his contract in late June 2020.

“I am talking to people. Siphelele is a good player — there’s no doubt about it,” said Mahlakgane.

“I am talking to people about him and that’s it‚” Mahlakgane said‚ reluctant to go into further detail on negotiations with potential clubs for the out-of-contract player.

Mahlakgane also did not want to respond in detail about a report in iDiski Times‚ quoting an anonymous source‚ that Chiefs cut the playmaker’s contract because Ntshangase could not address concerns over issues of “ill-discipline and heavy drinking”.

Other reports have been that Ntshangase asked to be released from his contract due to his lack of game time.

Chiefs coach Gavin Hunt is on record as saying the decision to cut the playmaker was a “management decision”.

“So I think‚ also‚ I always say to my close media associates that we must also agree on: What is the objective of writing about somebody’s downfall? What does it achieve?

“I need to understand that because we can’t just keep on commenting on people’s livelihoods.

“And somebody once put it very nicely and said‚ ‘The reason why every house has got a toilet is because we all go to the bathroom’.”

Ntshangase arrived as a sought-after signing for Chiefs in January 2018 from Baroka FC‚ where he had proved a reliable match-winner with his undoubted skills‚ passing ability and vision as midfield playmaker.

He had previously earned Bafana Bafana call-ups while still playing for Black Leopards in the National First Division. However, he increasingly struggled for game time at Amakhosi under a succession of coaches.

The crowd-favourite player's lack of game time was often a source of consternation for Chiefs supporters.