Outfit have not won in last eight matches 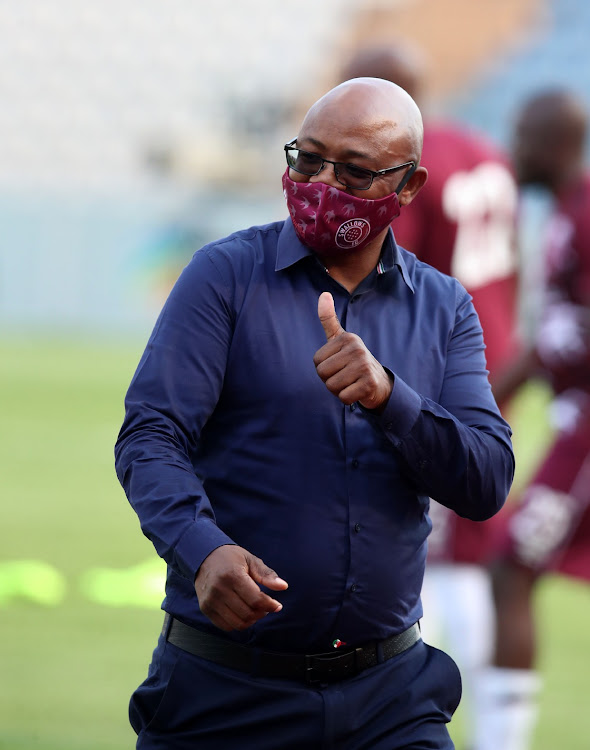 FILE IMAGE: David Mogashoa, CEO of Swallows during the DStv Premiership 2020/21 match between Swallows and Chippa United at the Dobsonville Stadium, Soweto on the 20 January 2021.
Image: Muzi Ntombela/BackpagePix

Swallows chairperson David Mogashoa is tired of drawing matches in the DStv Premiership and has demanded a win in their next game against Golden Arrows at the Dobsonville Stadium on Saturday (3pm).

Swallows lead the way with 11 draws in the league. The Soweto-based outfit have not won in their past eight matches, registering seven draws and one defeat.

However, the big boss says he has had enough with the draws and wants his team to collect the three points, starting against high-flying Arrows in Soweto.

Mogashoa told Sowetan yesterday that he had a meeting with coach Brandon Truter to raise some of his concerns about the team's poor form in the league.

They last won a league game on January 16 when they defeated Baroka 1-0 in Polokwane.

They were 2-0 up against Chippa in their last league game before the Fifa International break, but allowed Chippa to finish the game at 2-2.

“I won't sugarcoat this and say that I am happy with the series of draws. No, I am tired and want a win now. We had a meeting with our coach to raise some of our concerns and we prioritised this meeting. His job is still safe, but our last two games were a bit disappointing," Mogashoa told Sowetan.

He said their objective is to finish in the top 8 and they never planned to finish second or win the league in the first place. "We will support the coach with quality players that he wants next season, for now we just want to finish off strongly and secure a place in the top 8,"said Mogashoa.

Swallows FC chairman David Mogashoa has become the first high-profile administrator to openly call on government to allow a controlled percentage of ...
Sport
1 month ago
Next Article