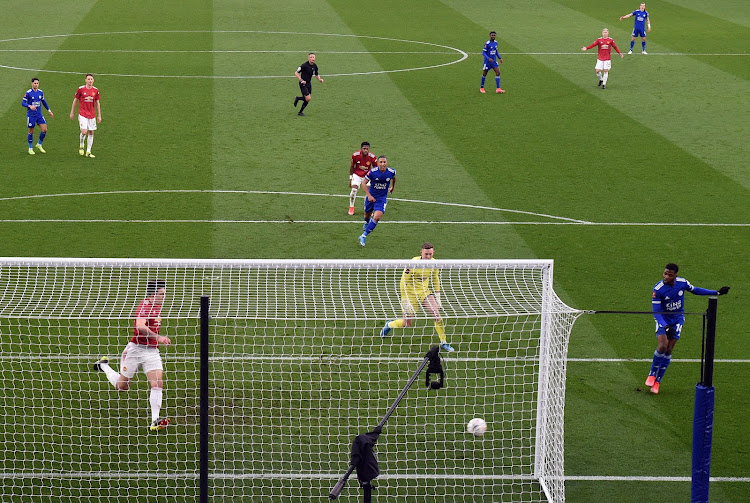 Leicester City manager Brendan Rodgers has always been innovative but with the Premier League season reaching a critical point some old school thinking could be the key to ensuring his side finish in the top four.

With his squad showing the strain in February, Rodgers opted to reduce the workload on club talisman Jamie Vardy and offer the veteran striker some close support in the shape of Kelechi Iheanacho.

The result has been impressive.

It is a rarity in these days of tactical complexities to see a team line-up with a genuine strike duo, but Leicester have bucked the trend of late, with Iheanacho emerging as possibly the key component in their run-in.

However, as third-placed Leicester prepare for Saturday's home clash with runaway leaders Manchester City, Vardy's lean spell is not the crisis it could have been.

Rodgers might have been forced into a tactical switch by a raft of injuries to players like midfielder James Maddison, who could return against City, but the decision to play Iheanacho and Vardy as a partnership looks like a masterstroke.

With the workaholic Vardy able to drop slightly deeper, Nigeria international Iheanacho has profited in the spaces and scored seven goals in his last four games in all competitions.

The 24-year-old, so long Vardy's understudy, will now have his sights set on his old club Manchester City on Saturday.

Former Leicester striker Tony Cottee knows a thing or two about playing as part of an attacking duo and says the burgeoning partnership of Iheanacho and Vardy may help Leicester turn a promising season into a great one.

With nine games remaining Leicester have 56 points, five ahead of fourth-placed Chelsea and seven in front of West Ham United in fifth. They also have an FA Cup semi-final against Southampton to look forward to.

"It's great to have a strike partnership because they are few and far between nowadays," Cottee told Leicester's website.

"Particularly in the last seven or eight games, the manager has decided to play Kelechi with Jamie. Kelechi has been very persistent, very patient and he's banging in the goals.

Facing Manchester City this weekend followed by a clash at West Ham and then a tough final three games of the season, Leicester know there is much work ahead in the next few weeks to make sure they improve on last season's fifth-place finish.

With leaders Manchester City 14 points clear, the battle for a top-four finish will add some intrigue to the season's climax.

Second-placed Manchester United, Leicester and fourth-placed Chelsea are all well-positioned but West Ham, Tottenham Hotspur, Liverpool and Everton are all still in the mix.

Chelsea, who are two points above West Ham and three in front of Spurs, kick off the weekend with a great chance to put the squeeze on the sides around them as they host second-bottom West Bromwich Albion.

Liverpool, five points behind Chelsea in seventh spot, are at Arsenal in Saturday's late game while Tottenham face struggling Newcastle United away on Sunday.

After two successive league defeats Everton, who are also five points off the top four but have a game in hand on the sides above them, must wait until Monday to try and kick-start their challenge with a home clash against Crystal Palace.