Safa in pickle over Ntseki 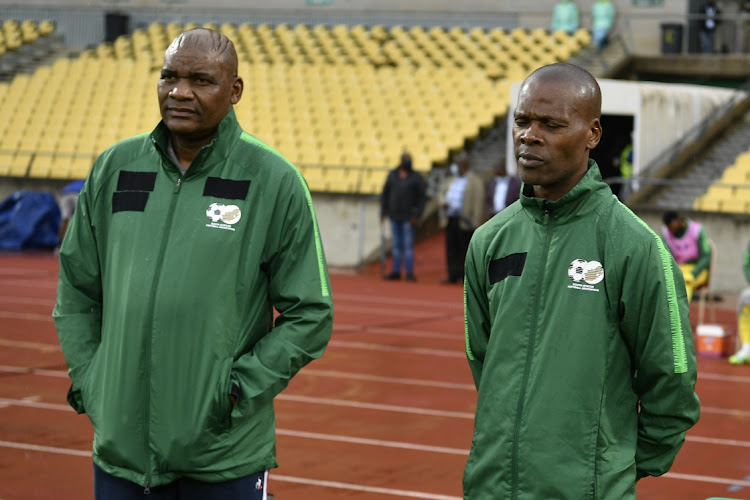 The future of beleaguered Molefi Ntseki’ with Bafana Bafana might be decided before the end of today.

Yesterday, Ntseki and the Safa hierarchy held a meeting following Bafana’s failure to qualify for the Africa Cup of Nations (Afcon) in Cameroon next year after they lost 0-2 to Sudan on Sunday in their final group match.

Calls for Ntseki to be fired from his role as Bafana coach have grown louder since Sunday, putting the inexperienced coach under fire, and Safa has called a press conference for today to map the way forward.

Speaking to Sowetan yesterday, Ntseki didn’t say much regarding his future with the national team, only confirming that he was at Safa House where he was meeting his bosses.

“I’m at the office as we speak... maybe after two days or so, we will be able to make a statement and be available to say something to you guys and the nation,” Ntseki told this paper. “At the moment, I can’t say anything until we finalise things.”

Today's press conference should clarify if Safa will keep him or fire him after he replaced Stuart Baxter in October 2019 but has now failed to finish second in a qualifying group won by Ghana.

According to sources at Safa House, the chances of Ntseki staying on as the national coach are slim.

Sowetan has been informed that despite the association responsible for appointing him as coach, Ntseki was the one who hired his highly questionable technical team, which has been blamed in some quarters for the failure to make the continental finals.

“Safa has nothing to do with hiring assistant coaches. How do you explain the hiring of Arthur Zwane and Kwanelo Kopo, who both have no experience?" a source asked.

“Those guys have been coaching at MDC (the PSL reserve league) before, but he went on to hire them to be his assistants. That was surprising.”

Another insider said it might be difficult for Safa to fire him as they are still struggling financially. Ntseki will have to be paid out the remainder of his contract with concludes in January 2023, according to another informant.

“Remember, Safa are struggling financially, they don’t have sponsors, and I doubt if they will go for someone big,” the insider said.

Safa CEO Tebogo Motlanthe could not be reached for comment.

With the Fifa World Cup qualifiers around the corner in June, Safa will need to act fast should they decide to end Ntseki’s contract and appoint a new coach.

Bafana are in the same group as Ghana, Zimbabwe and Ethiopia in the World Cup qualifiers.

Safa choice of Ntseki as cheap option costly for SA

Molefi Ntseki should be applauded for taking his failure to qualify Bafana Bafana for next year’s Africa Cup of Nations on the chin.
Opinion
1 year ago

Beleaguered Bafana Bafana coach Molefi Ntseki has owned up and said the blame for the team's failure to qualify for next year's Africa Cup of Nations ...
Sport
1 year ago
Next Article