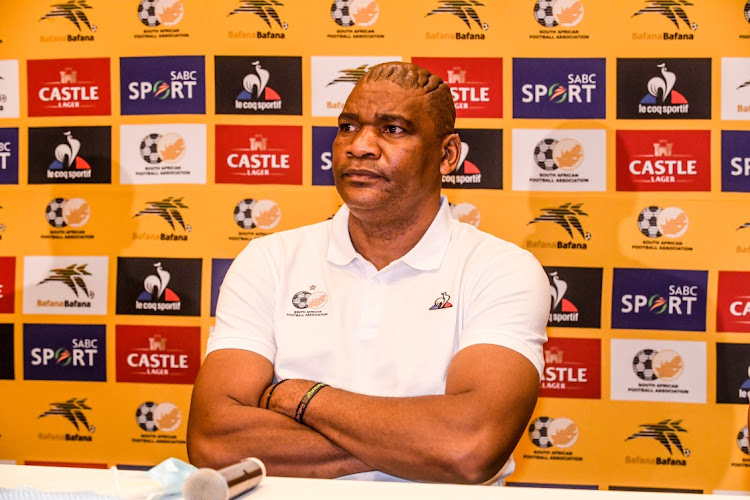 This follows Sunday’s 2-0 defeat to Sudan in Omdurman that saw Bafana fail to qualify for the 2021 Africa Cup of Nations, when a draw would have seen the South Africans reach the tournament finals in Cameroon in January and February next year.

"The decision was taken at about 10am. This was an NEC decision, it was taken in a round-robin," said CEO Motlanthe.

Bafana, hit by some withdrawals due to a Fifa circular saying clubs did not have to release players over Covid-19, had also failed to beat an even more under-strength Ghana at FNB Stadium on Thursday.

That result, though, had been left mostly academic by the Confederation of African Football’s (Caf) head-to-head ruling, with the mathematical permutations indicating that win, draw or lose Bafana needed a draw or win away to Sudan in their closing match.

Ghana, who beat SA 2-0 in the opening game in Cape Coast in November 2019, topped Group C with 13 points, Sudan qualified in second place with 12, South Africa were third with 10, and Sao Tome and Principe had zero.

In mitigation to Ntseki, he faced some of the toughest, if not the toughest, circumstances encountered by a Bafana coach. On top of that, the former SA Under-17 national coach also lacked experience at senior level.

He was appointed to replace the head coach he was assistant to, Stuart Baxter, in late August 2019. Baxter resigned in early August 2019, weeks after steering SA to a quarterfinal place at the 2019 Nations Cup in Egypt.

Ntseki immediately faced challenges. His first match was called off, with a full-strength Bafana squad in place, when Zambia and then Madagascar pulled out of the friendly in September 2019 in response to attacks on foreigners in SA.

In 2020, a global pandemic obliterated the international calendar. Covid-19 meant Bafana played four matches last year, making the already challenging job for a national coach of establishing a synergy and combinations within his squad even tougher for Ntseki.

Some of Caf’s scheduling for Bafana in the 2021 qualifiers has been questioned, as SA always seemed to have a day less than opponents to travel and prepare. This was balanced out by the fact that, due to Covid-19, SA played both wins against Sao Tome at home in November 2020.

Ultimately, Ntseki’s test was whether he could qualify for the Covid-19-delayed Cameroon 2021, and Bafana had that opportunity against late-charging Sudan, but did not take it.

With the 2022 World Cup group stage qualifiers set to kick off in late May or early June, Safa will seek a replacement with some senior experience, and will have to move with uncharacteristic haste appointing them.