Madlala coy about future of Sibisi, Lunga and Makhubela 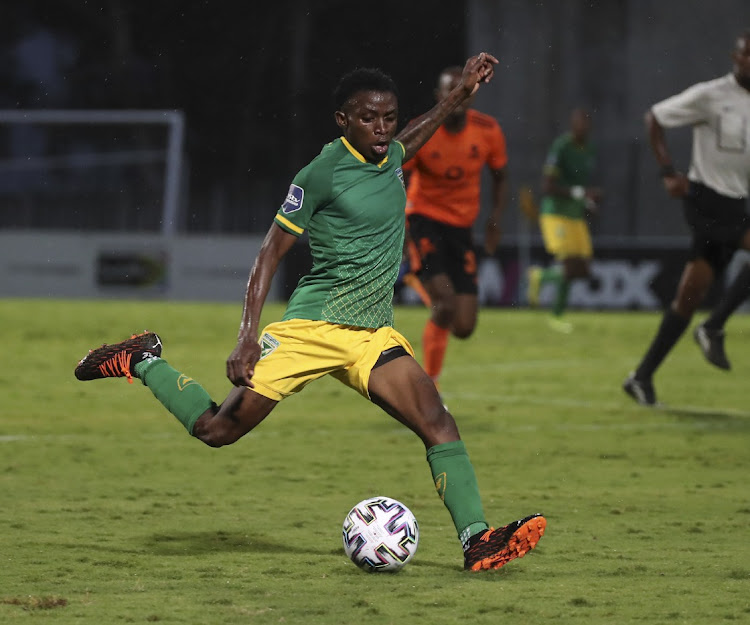 Mamelodi Sundowns are believed to have struck a deal with Golden Arrows to buy instrumental trio in Nkosinathi Sibisi, Divine Lunga and Ntsako Makhubela at the end of the current season.

According to an informant who’s privy to Arrows’ dealings, the club and Sundowns have agreed terms, subject to the three aforementioned players agreeing personal terms with the reigning league champs.

“Yes, it’s true Sibisi, Lunga and Makhubela could join Sundowns at the end of the season. Arrows and Sundowns have agreed on club-to-club terms. However, the players haven’t been told anything because they want them to focus on the current season,’’ said the source.

“Arrows are doing well [as after 20 games they’re second on the log on 36 points, four behind leaders Sundowns, who've played two games fewer]. To tell these players that they’re going to be sold could destabilise everything, hence they’ve opted to keep these deals under the wraps until the end of the season.’’

Giving the club’s version of the story, Arrows owner Mato Madlala emphasised the sale of Sibisi, Lunga and Makhubela would only be considered true when it’s confirmed on club’s communication platforms.

“If those reports [that Sibisi, Makhubela and Lunga have been sold to the Brazilians] are not on the club’s website, it means they’re not true. I can’t say if we are willing to sell them or not. We can’t jump to the step of saying we can sell them or not because we don’t even know where these reports come from,’’ Madlala told Sowetan yesterday.

When contacted for comment, Sundowns senior official Yogesh Singh begged to be called after 45 minutes before ignoring Sowetan’s calls thereafter.

Before the start of the current term, Downs snatched Arrows coach Steve Komphela, appointing him as a “senior coach” to assist co-coaches Manqoba Mngqithi and Rulani Mokwena.

Komphela’s presence at Chloorkop might appeal to Sibisi, Lungu and Makhubela as they effectively worked with him at the Durban outfit.

Transfer-listed Bloemfontein Celtic midfielder Lantshene Phalane is expected to resume training with the first team sometime this week, having been ...
Sport
1 year ago

Mamelodi Sundowns’ new defender Rushine De Reuck wants to establish himself as a key member of the Brazilians’ defence as they look to defend their ...
Sport
1 year ago
Next Article