Young Bakang to live his dream at famed academy 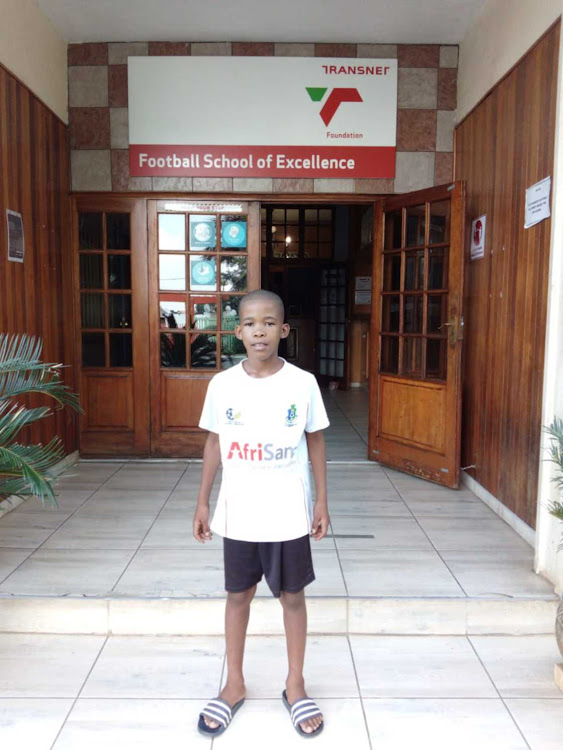 Bakang Mendle has left the North West to pursue his football dreams in Gauteng .
Image: SUPPLIED

Young Bakang Mendle is living his dream following his inclusion in the Safa-Transnet School of Excellence.

Mendle hails from Boikhutso in Lichtenburg in the North West, a poverty-stricken township with socioeconomic challenges.

But the 12-year-old has now left Ditsobotla Primary to be enrolled at the famed football academy, east of Johannesburg.

His achievement comes as a result of the three-year partnership between the Ditsobotla Local Football Association (Dilfa) and construction materials supplier AfriSam, a venture that has been bearing fruit.

“I’m very happy to be here [School of Excellence] and grateful for the opportunity,” said Bakang.

“I will grab the opportunity with both hands and make sure I progress both on the field and in the classroom.”

Bakang, a product of the Local Football Association (LFA) junior leagues, was accepted at the Elandsfontein-based football institution after a rigorous selection process, which included both practical and theoretical aptitude tests.

He has been offered a five-year scholarship by the school, which has produced stars such as Steven Pienaar, Gabriel Mofokeng, Bernard Parker, Dillon Sheppard and Daine Klate, to name a few.

A proper academy focusing solely on the development of keepers would help solve the goalkeeping crisis which has beset SA football, according to ...
Sport
8 months ago

Bakang was picked from 100 young lads from the North West province through the Safa-Transnet School of Excellence talent identification programme.

“Bakang has emerged the best talent in his age group from our LFAs. I’d like to thank the coaches, who selflessly contributed to the holistic development of the boy, the parents and our sponsors AfriSam for their continued support,” said North West Sports Council and Dilfa chairperson Thebe Sekoto.

“He is a rough diamond and needs to be nurtured to fulfil his promise. We are happy to contribute to his community from which we operate through our Ima Nathi programme,” said AfriSam general manager Vishal Aniruth.