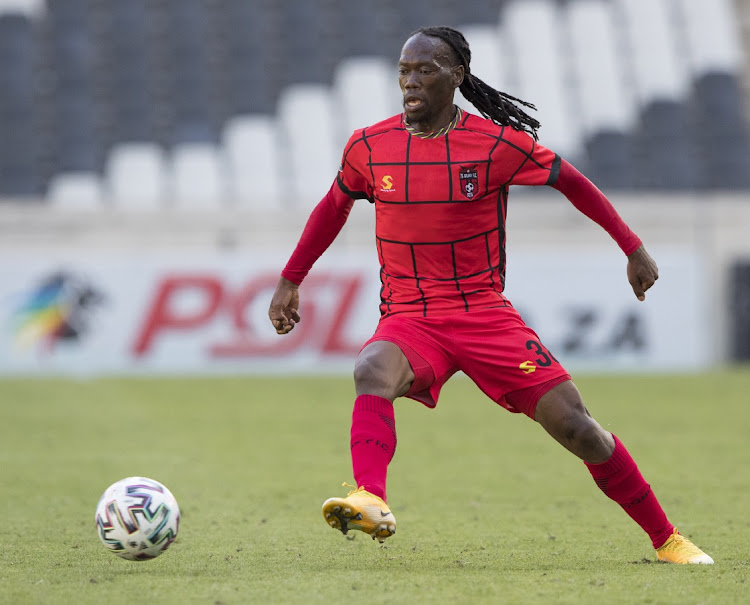 Veterans Reneilwe Letsholonyane and Bevan Fransman would be pleased to know that the door will always be open for them at TS Galaxy should they wish to be part of the coaching staff in the future.

This is according to Galaxy chair Tim Sukazi, who revealed that they would make plans for them to be part of the team if they want to start coaching there.

Letsholonyane, 38, and Fransman, 37, are currently doing their Uefa B licenses while they are still playing for the Rockets.

With age not on their side and the possibility of hanging their boots imminent, both players want to venture into coaching once those playing days are over.

“It is up to them if coaching is something they want to do because they are doing their licenses already, and the club will give them an opportunity in the future,” Sukazi told Sowetan.

“They have been doing their licenses for a while, and the door will always be open, definitely. I mean, they got football knowledge after all and experience.”

The duo’s contract with the Rockets will expire at the end of the season, and there are no indications yet if they will retire or continue playing next season.

Yeye has made 11 appearances in the league, while Fransman has played 16 games in all competitions this season, scoring two goals in the process.

Their experience has been vital for Galaxy in the DStv Premiership as they look to finish in the top eight in their first campaign.

Sukazi confirmed that negotiations for new deals have not started yet.

“It will depend on how the coach [Owen da Gama] decides at the end of the season, but we will take advice on that.”

Meanwhile, Muhsin Ertugral, who coached both players at Kaizer Chiefs in the past, believes they have what it takes to make it in coaching.

“I am very happy for both of them starting a coaching career,” Ertugral told Sowetan.

“With Yeye, I was aware a couple of years ago, we’ve talked to each other about the journey ahead.

“Both are for, me, good role models, looking at their personalities and indication about their coaching ability. They have lots to give and will gain soon, the ‘know-how’ in the theoretical aspects.

“It is important for the quality of the league that these young coaches get the opportunity.”

Banyana Banyana's record goalscorer Portia Modise does not want to be lost to football. The former SA Sports Star of the Year award recipient is on a ...
Sport
1 year ago

This campaign has seen a number of players validating their utility by shining out of their natural positions. Sihle Ndebele picks five who’ve been ...
Sport
1 year ago
Next Article