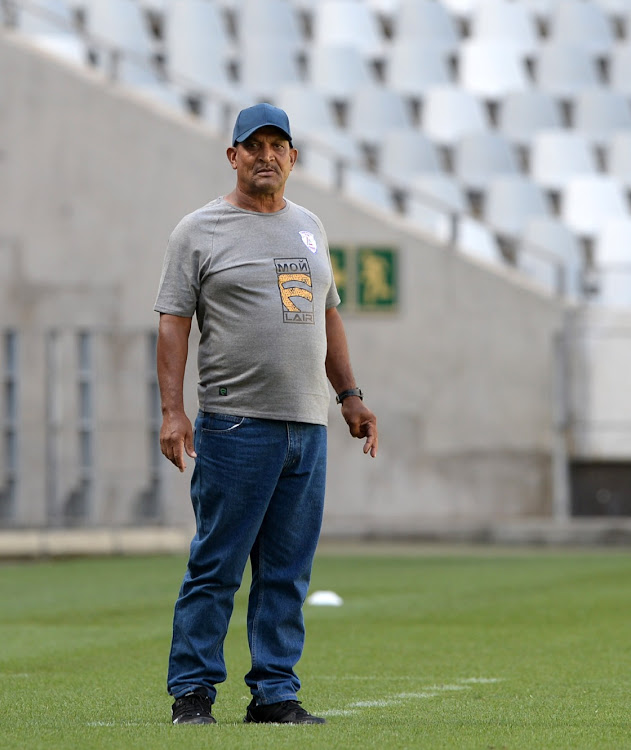 Experienced coach Allan Freese has put the heartache of losing his job at AmaZulu behind him, hoping to guide his current side, Free State Stars, to promotion.

Having joined Usuthu  before the start of the season as then coach Ayanda Dlamini’s second in command, Freese had to vacate his post when new mentor Benni McCarthy arrived with his own technical panel in December.

Freese, who linked-up with Ea Lla Koto in December, shortly after being axed by AmaZulu, has admitted he was disappointed to leave AmaZulu, though he understands that every coach wants his own assistant. The 64-year-old trainer intends to return to the Premiership via helping Stars gain promotion.

“I was a little bit disappointed to leave AmaZulu. But I can say that I knew it wasn’t easy for the club to keep me because each and every coach wants his own assistant. I have moved on from that heartache, my focus is on Free State Stars," Freese told Sowetan yesterday.

The Bethlehem-based club, who were relegated from the elite league in the 2018/19 season, occupy the sixth slot with 26 points, six adrift of leaders Richards Bay. Freese thinks their next five games will paint a clearer picture of their promotion chances.

“The next five games from now will be crucial for us. We target to win all of them and those games will tell if we really have it in us to challenge teams above us," said the former Platinum Stars trainer.

In the 2015/16 term, Freese guided Highlands Park when they earned promotion from the second tier to the big league after winning the play-offs. The Estcourt, KZN-born coach, isn’t banking on his past experience this time around, insisting the dynamics are not the same.

“Yes, I promoted Highlands some years ago, but I can’t rely on that to promote Free State because it’s a different season. Everything isn’t the same. What's in the past is in the past,’’ said Freese.

Zongo is not a bad apple - Bizana owner

NFD side hand 'wayward' winger a lifeline
Sport
1 year ago

Pretoria Callies have a desire to be in the last four of the Nedbank Cup and will give their all to achieve that.
Sport
1 year ago

Polokwane City are determined to pull off a giant-killing act when they face holders Mamelodi Sundowns in the rescheduled Nedbank Cup second round at ...
Sport
1 year ago