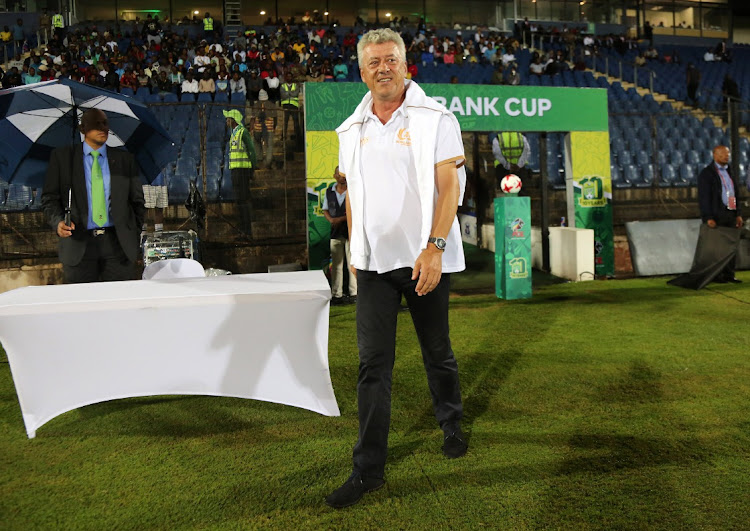 Black Leopards have rubbished rumours that technical manager Kosta Papic no longer has a role to play at the struggling club.

People became suspicious when Papic was not seen on the bench during Leopards 1-1 draw against Mamelodi Sundowns in the DStv Premiership match at Loftus Versfeld on Sunday.

According to sources, Papic, who joined the club recently, could be heading for the exit door with the club not improving under his management.

The Serbian was last seen on the bench when Lidoda Duvha lost 0-2 to Tshakhuma Tsha Madzivhandila (TTM) in the Nedbank Cup match before the Sundowns game, which has since raised eyebrows.

Leopards general manager Tshifiwa "Chief" Thidiela could not be reached for comment, but CEO Moudy Mudzielwana said there are no issues with Papic and everything is fine.

“I don’t know that. Papic was here in Johannesburg for our game against Sundowns, and he was with Lehlohonolo Seema and went back to Polokwane,” Mudzielwana told Sowetan yesterday.

“I spoke to him in the morning [yesterday], and Seema and nobody told me about anything.”

Asked why Papic was not sitting on the bench against Sundowns like he has been doing in the other games, Mudzielwana said: “Remember Papic is a technical manager, he is not forced to be on the bench. He decides whether he wants to sit on the bench.

“The way we approached the Sundowns game, I think that’s what made him want to sit on the stands. You could see that even though most of us were not there, we are trying to avoid putting unnecessary pressure on the guys."

Leopards are known for pulling the trigger on coaches if results are not coming, and this season already, they have parted ways with two coaches – Patrick Aussems and Dylan Kerr.

Leopards' next match is against AmaZulu on April 4 at home.

Black Leopards midfielder Lefa Hlongwane feels that their 2-1 victory over Golden Arrows should be a warning to others that they should not be ...
Sport
1 year ago

Snapping their five-game losing streak in the league has resulted in Black Leopards players picking up some vibe, according to coach Lehlohonolo ...
Sport
1 year ago
Next Article