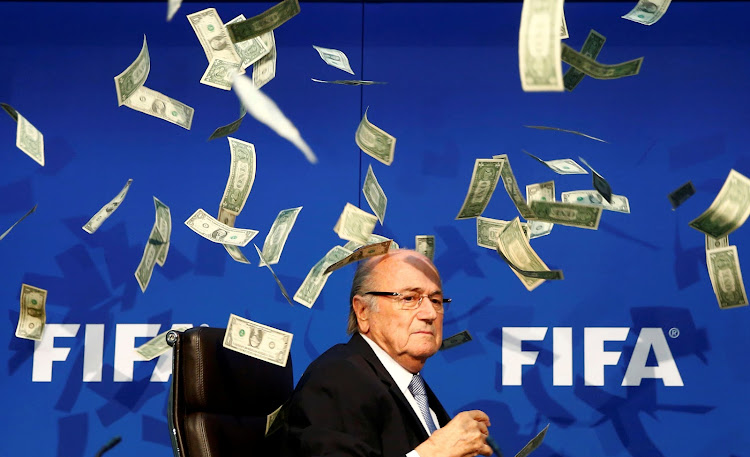 A file photo of a British comedian known as Lee Nelson (unseen) throws banknotes at then Fifa president (pictured) Sepp Blatter after he arrives for a news conference after the Extraordinary Executive Committee Meeting at the Fifa headquarters in Zurich, Switzerland, July 20, 2015.
Image: REUTERS/Arnd Wiegmann

Former Fifa president Sepp Blatter has been handed a further six years and eight months ban from the game and fined a million Swiss francs by the body's Ethics Committee.

Blatter's current ban from the game was due to expire in October but the latest ban, for ethics code violations, will take effect from that point.

"The investigations into Messrs Blatter and Valcke covered various charges, in particular concerning bonus payments in relation to Fifa competitions that were paid to top Fifa management officials, various amendments and extensions of employment contracts, as well as reimbursement by Fifa of private legal costs in the case of Mr Valcke," the Ethics Committee said in a statement.