Hunt upbeat after win over Pirates 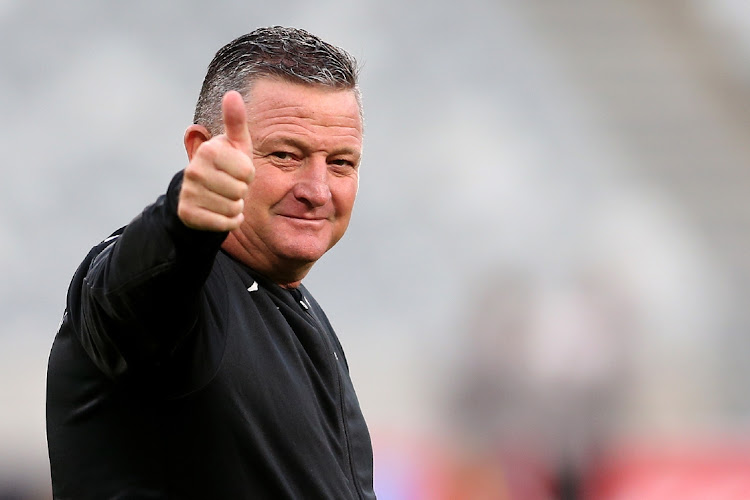 Samir Nurkovic’s 54th minute bicycle kick was enough to give Chiefs a crucial win in what was the 100th Soweto derby in the league at FNB Stadium. The win left the Glamour Boys ninth on the Dstv Premiership table with 23 points, three behind eighth-placed TS Galaxy, who’ve played 20 games, one more than Chiefs.

“That [finishing inside the top-eight] got to be a given. We gotta get there. We’ve got some big games coming up against people around us, underneath us [on the log]. We have gone some games without being beaten now, which is the most important thing,’’ said Hunt.

Hunt also banks on the impending return of forward Khama Billiat, who’s been out since January after cracking his leg bone. The Amakhosi mentor expects Billiat to be back in the next two weeks alongside striker Leonardo Castro, who suffered an unknown injury a fortnight ago. Hunt dismissed rumours the Zimbabwean ace doesn’t feature in his plans beyond this season.

“We need Khama back. As you saw today [on Sunday] I couldn’t make a change we had nobody on the bench to make a change. We’ve to get Khama and Castro fit again so they can add numbers upfront, that’s the biggest thing we can do,’’ said Hunt.

“He’s in the plans. It’s only people like you [journalists] who say he’s not in the plans. I don’t know where the story comes from. He’s in the plans, we need to get him fit… he had a broken leg; he’s jogging now, running. So hopefully in the next two weeks we can get him a little bit of game time.’’

It was Hunt’s maiden win over Pirates as a Chiefs coach, having lost the previous three derbies this season. Hunt admitted the victory was massive. “It [the win] is huge. In our situation, we need to get ourselves up the league.’’

No rest for Buccaneers after derby loss

As a result of losing Sunday’s Soweto derby to Kaizer Chiefs, Orlando Pirates players will not get even a single day off in the current Fifa break.
Sport
1 year ago