Mpontshane promoted to No 2 after Ofori injury 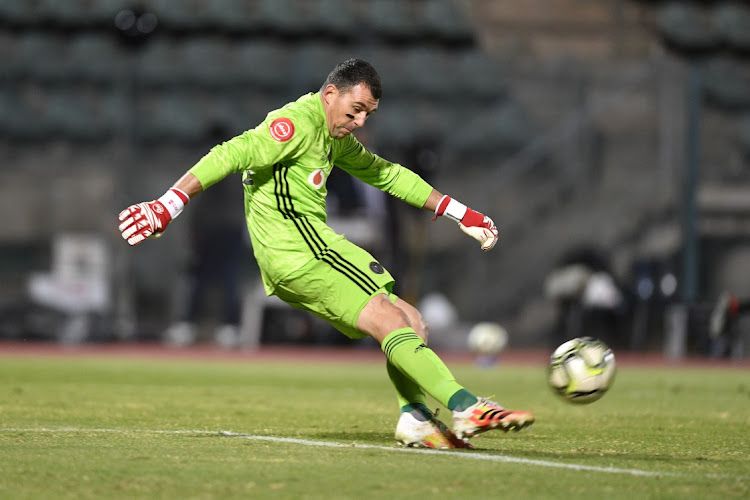 As Richard Ofori is likely to miss Orlando Pirates’ Soweto derby against Kaizer Chiefs at FNB Stadium on Sunday (3pm), owing to a groin injury, former club’s shot-stopper Avril Phali has backed Wayne Sandilands to start ahead of Siyabonga Mpontshane.

Mpontshane, 34, started the season as a third choice, but he seems to have toppled Sandilands to be the second option behind No 1 Ofori. Mpontshane’s ascendency in the pecking order came to the fore when he replaced injured Ofori early in their goalless draw against Algerian side ES Sétif in the CAF Confed Cup last Sunday.

He again kept his place in Pirates' 2-1 home win over Nigerian side Enyimba in their second Group A tie on Wednesday. However, Mpontshane still has fewer appearances than Ofori and Sandilands. He boasts four appearances, which all came in the Confed Cup (three) and the Nedbank Cup (one). He has two clean sheets, conceding one goal across these four games.

On the other hand, Sandilands has played seven games across all competitions thus far, leaking five goals (all in the league), with one clean sheet. Undisputed No 1 Ofori has 22 games under his belt, keeping 12 clean sheets, while conceding 12.

Yesterday in his derby media conference, coach Josef Zinnbauer confirmed Ofori was unlikely to face Chiefs. This has since sparked the question; who will start between Mpontshane and 37-year-old Sandilands?

Phali, who was a Bucs stopper between 2006 and 2007, didn’t hesitate to say he goes with Sandilands to fill in for Ofori. “I’d go for Sandilands. He’s more experienced than Mpontshane in derbies and that counts,’’ noted Phali.

“Sandilands is also a leader. He was doing well even before Ofori arrived, so I think he deserves a chance on Sunday. Mpontshane is also a good keeper, but looked shaky against Enyimba [where he conceded a penalty].’’

Mpontshane has played two Soweto derbies. His first derby ended 3-1 in favour of Pirates in the league in October 2015. Mpontshane’s second and last derby to date was the TKO semis which Chiefs won 6-5 on penalties after the game had finished goalless. Sandilands boasts five derbies, with one clean sheet, conceding seven.

Mamelodi Sundowns will be without talismanic attacker Peter Shalulile when they host Black Leopards at Loftus in a league match on Sunday‚ but coach ...
Sport
1 year ago

Orlando Pirates coach Josef Zinnbauer has hinted that returning striker Tshegofatso Mabasa may get a starting role in the Soweto Derby against Kaizer ...
Sport
1 year ago

Revealed: What was said during the heated exchange between Celtic boss Tshabalala and ex-CEO Konco

Bloemfontein Celtic CEO Khumbulani Konco has said that it was a simple disagreement on the formalities of a letter to be sent to the club’s creditors ...
Sport
1 year ago
Next Article