Coach notes fatigue is getting the better of players 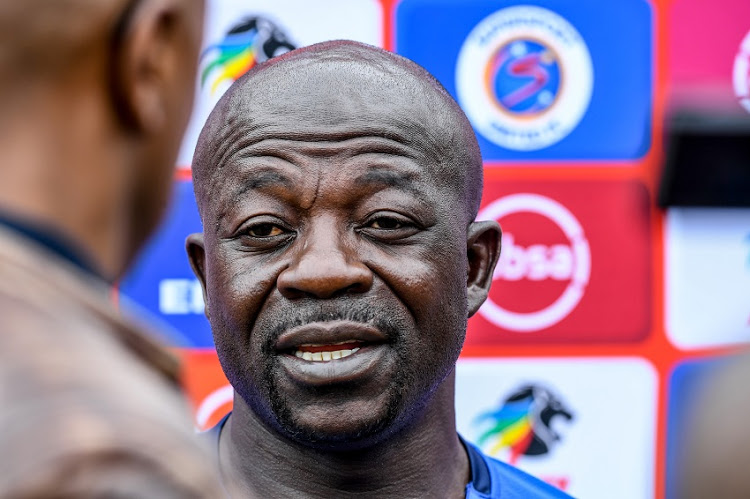 According to SuperSport United coach Kaitano Tembo, the lack of depth in his squad is to blame for their loss of form in the DStv Premiership. Tembo was at pains when he explained his team's poor form in the league.

The three-time league champions have collected six out of a possible 18 points in the past six games in the league. The Tshwane giants drew three, lost two, and won one game in six matches.

They dropped to fourth place on the log table with 34 points from 20 games and trail log leaders Mamelodi Sundowns by five points, having played three games more. There will be no room for error when they visit unpredictable Stellenbosch at the Danie Craven stadium tomorrow (5pm).

Tembo said it is time to go back to the basics and start all over again as he admitted that it would be hard to stop runner-away leaders Sundowns at the top of the table. “We dropped points at an alarming rate due to the number of games that we played in a short space of time. We do not have depth and we paid for it.

"We will go into the next league game without our top strikers Bradley Grobler and Thamsanqa Gabuza due to injury. We have to try new combinations and our poor form gave Sundowns the upper hand now. We did not put pressure on them and you can't allow a team like Sundowns to have three games in hand because they have the quality and experience to win the championship," said Tembo.

Tembo said Sundowns play well and knows how to manage games, but he urged his charges to pick themselves up and delay their charge to the title.

Tembo said young players such as Jamie Webber, Gamphani Lungu, Luke Fleurs and Thatayaone Ditlhokwe have been ever-present in his team and fatigue got the better of them as games have been coming thick and fast.

“These young players lose confidence and lack consistency and you have to pick them up. We have 10 games to go and anything can still happen, But we have to be consistent and put Sundowns under pressure," said Tembo.

Stellenbosch gave Sundowns a scare when they conceded a dramatic 94th-minute winner scored by Peter Shalulile to lose the game 2-1 in their previous match.

“They deserve respect as they pushed Sundowns until the 94th minute. It's a must-win game for us and it is also an opportunity for the other players to score in the absence of our top strikers" added Tembo.

Mamelodi Sundowns may have already qualified for the CAF Champions League quarter-finals with two games to spare, but co-coach Manqoba Mngqithi wants ...
Sport
10 months ago

I didn't see it coming – Konco

Former Bloemfontein Celtic CEO Khumbulani Konco insists he won't hold grudges against his former club chair Max Tshabalala after he was retrenched by ...
Sport
10 months ago
Next Article