Midfielder missed penalty before redeeming himself 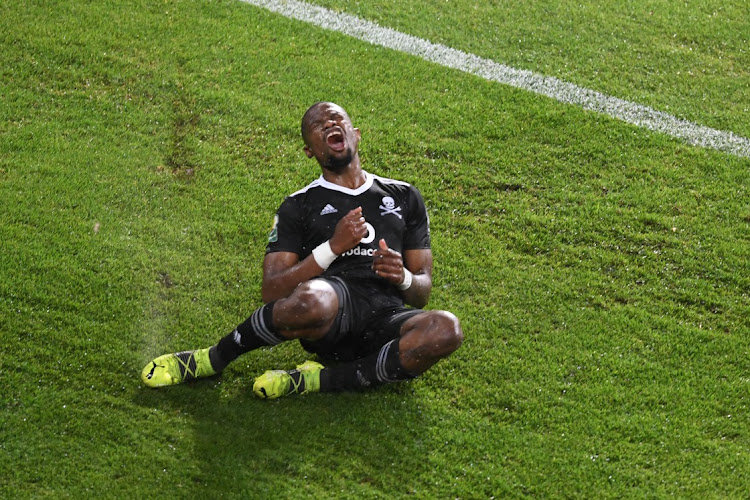 A few minutes after missing from the spot, second-half sub Tshegofatso Mabasa redeemed himself and netted a crucial late winner to give Orlando Pirates a 2-1 win over Nigerian side Enyimba in their second CAF Confed Cup Group A match on a rainy night at Orlando Stadium yesterday.

In the 77th minute, Mabasa squandered a glorious opportunity to put Pirates ahead, ballooning his spot-kick after slipping on the slippery pitch. However, his powering header 13 minutes later cleared him off any guilt.

Deon Hotto scored Bucs' first goal midway through the second half before Enyimba pulled one back via skipper Augustine Oladapo, who converted from 12-yard, in the stoppage time of the first half.

Presumably, the intention was to spare them for Sunday's Soweto Derby against Kaizer Chiefs, Pirates were without skipper Happy Jele and versatile midfielder Siphesihle Ndlovu.

Siyabonga Mpontshane kept his place in the line-up in the absence of first-choice goalkeeper Richard Ofori, who was injured in their goalless draw against Algerian side  ES Sétif in his native country Ghana last Sunday.

As usual, the Buccaneers started the game with Hotto as their false striker, with natural centre-forwards Gabadinho Mhango and Mabasa settling for slots on the bench. Mabasa would replace Linda Mntambo early in the second half.

The Nigerians didn't want to temper with a winning team, making just one change from the starting line-up that beat Libyan outfit Al Ahly Benghazi in their Group A opener the other Wednesday. The single change was in the middle of the park where Farouk Mohammed took Ojo Solomon's position.

The first stanza was characterised by qualm as both teams lacked the required cutting edge to create opportunities. Even so, Pirates saw more ball possession until Enyimba grew in confidence in the later stages of the half.

Pirates' slight dominance paid off when Hotto scored via a cheeky back heel just three minutes before the half-hour mark.

Enyimba restored parity when skipper Oladapo converted from the spot in the first stanza's stoppage time after Mpontshane had fouled Anayo Iwuala.

According to SuperSport United coach Kaitano Tembo, the lack of depth in his squad is to blame for their loss of form in the DStv Premiership. Tembo ...
Sport
10 months ago

Mamelodi Sundowns may have already qualified for the CAF Champions League quarter-finals with two games to spare, but co-coach Manqoba Mngqithi wants ...
Sport
10 months ago
Next Article