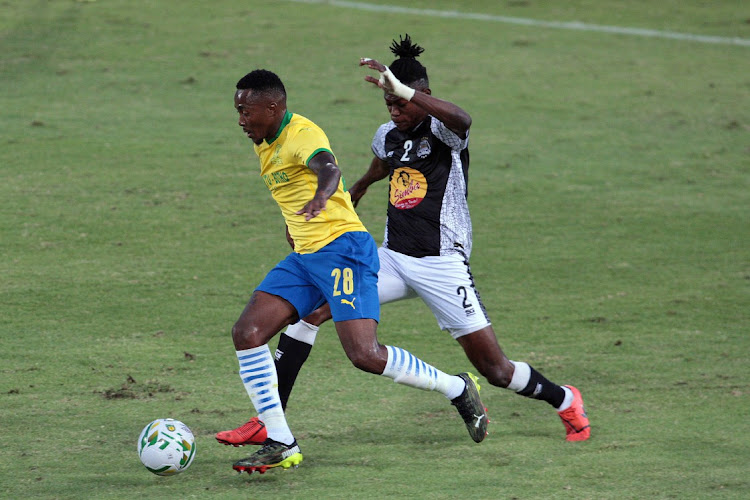 Mamelodi Sundowns confirmed their place in the CAF Champions League quarterfinals with two games to spare as their incredible winning run continued yesterday.

This follows their 1-0 victory over TP Mazembe at Loftus Versfeld Stadium as they completed a double after their historic 2-1 win away a fortnight ago in Lubumbashi.

A goal by Lebohang Maboe in the first half was enough to hand Sundowns the victory and a place in knockout stage. By doing so, they also maintained their 100% perfect run in Group B, having won all their four matches and are now unbeaten in 25 games in all competitions. They have also won their past 10 matches in a row.

Defeat left Mazembe at the bottom of the table with two points after four matches, while Sundowns will start looking forward to the knockout matches even though they still have two games remaining in the group stage. They are also guaranteed to finish on top of the group as they have 12 points, with Al Hilal and CR Belouizdad sitting on three points following their goalless draw in the other match yesterday.

It was another clinical performance from the home side as they dominated the match, with Themba Zwane, Gaston Sirino and Peter Shalulile giving Mazembe defence some headache in the attack. Looking to exact some revenge for their 1-2 defeat, Mazembe went close to breaking the deadlock earlier on, but Denis Onyango was on hand to keep out Phillippes Beni Kinzumbi’s effort.

However, it was the home side who broke the ice on the 28th minutes with a neat finish into the bottom corner from Maboe, after he combined with Zwane in the box to make it 1-0. Mazembe were able to regain momentum shortly before the interval and forced a save off Onyango from a powerful shot by Tresor Mputu, before Sirino curled inches wide at the other end.

The visitors upped the tempo in the second half as they searched for an equaliser, but one thing Sundowns players have mastered is that they know how to manage the game. They did that exceptionally well after taking an early lead in the first half. Mazembe looked a different side in the second stanza and created opportunities, but Sundowns defended well. Sundowns played with confidence despite being put under pressure late in the second half.

AmaZulu chair Sandile Zungu has dismissed rumours that Khumbulani Konco will be joining the club as the new chief executive.
Sport
1 year ago
Next Article